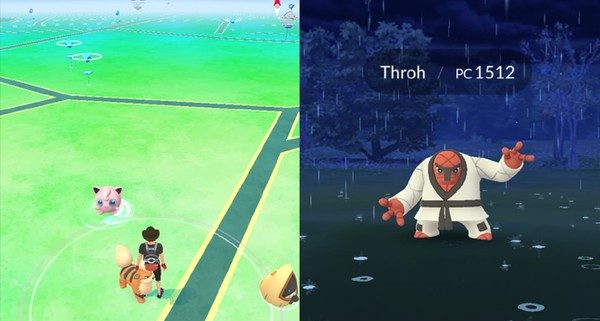 Pokémon GO was one of the games most affected by the recent pandemic of the new coronavirus (Covid-19). Available for Android and iOS (iPhone), the Niantic game depends on its users to go out and meet in public places, however both actions are not recommended by the World Health Organization (WHO) at this time of quarantine. To alleviate the problem, the manufacturer made some changes to the game so that the coaches could continue their adventures. Check out, in the following lines, some of these changes in Pokémon GO and how to play without leaving home.

1. Taking care of your partner
The companion Pokémon system in Pokémon GO received an update in December 2019 that made the bond between trainer and monster much deeper. Your companion creature can now receive care, similar to a virtual pet, much of them without having to leave the house.

Players can feed their Pokémon, play with it, take pictures and take it into battle in the Battle League Go or against a friend to make them happier. The more affection the Pokémon has for its trainer, the more bonuses it will offer, as items, less distance to find sweets and even help with captures.

2. Battle League Go
Another update that arrived in good time. The Go Battle League, added in late January, allows you to take on coaches from around the world in sequences of five battles. The more wins the player obtains, the better the prizes he will receive. Before quarantine, it was necessary to walk 5 km to unlock their participation in the league, but Niantic released coaches from that requirement. Just go to the game menu and select “Battle”.

3. Training with leaders
In the Go Battle League menu, if the player scrolls the screen to the end he will find a “Training” option, in which he can face the leaders of the teams in the game. Simply choose between Team Mystic Blanche, Team Valor Candela or Team Instinct Spark to start a battle and even earn some bonus items.

4. Check for new habitats
One of the changes made in the game is that the habitats of Pokémon have increased in size. These habitats are the areas where a certain pokémon can arise. During the quarantine period Niantic expanded these areas, so little monsters that don’t usually appear close to your home can end up unexpectedly appearing. For example, if there is a place with water a little far from the trainer’s home, an aquatic Pokémon can appear as if it were close to that area.

5. Incense Pack
Niantic made available in the Pokémon GO store a special pack of 30 incense sticks with 99% discount, costing only one game currency. This item draws wild Pokémon close to the trainer, ready to be captured. Regularly, they would last 30 minutes – but, during this quarantine period, they last for an hour. The package is limited to only one purchase per person.

6. Hatching eggs
During the isolation period, Pokémon eggs in Incubators require only half the steps to hatch, but there is one more detail about this. Pokémon GO records the player’s steps by swinging his smartphone, as if the cell phone were in his pocket. This means that it does not differ between walking inside or outside. Trainers can walk around their homes and still hatch eggs without having to leave.

7. Battle with friends
To battle with your friends at a distance on Pokémon GO, in normal situations, the game would require a friendship of the “Ultra Friendship” or “Unique Friendship” level, the last two levels of friendship. However, during the quarantine period, it is enough for players to have a “Beautiful Friendship”, the lowest level of friendship obtained in the first heart. Just access your friends list, open a friend’s profile and select “Battle”.