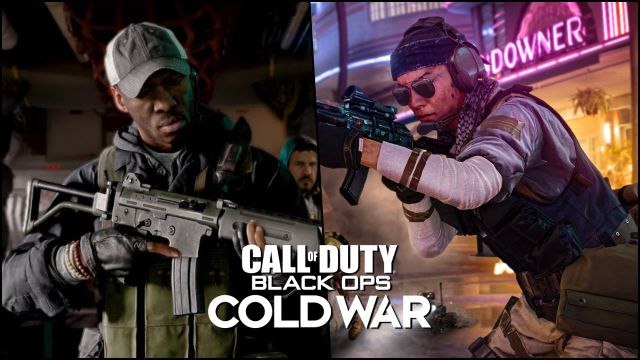 Call of Duty Black Ops Cold War: Treyarch offers a week of free access to modes such as multiplayer and zombies on PS4, PS5, Xbox One, Xbox Series X | S and computer. Activision and Treyarch have announced a limited-time promotion to access Call of Duty: Black Ops Cold War totally free in its multiplayer and Zombies modes. From July 22 to 29 (Thursday to Thursday), users of PlayStation, Xbox or PC consoles will be able to access this Free Trial for free; furthermore, any progress made may carry over to the full game should we decide to acquire the title later.

Additionally, these progress can also be transferred to Call of Duty: Warzone in relation to weapons, since some modalities are shared between both bets. For now, we know that this Call of Duty: Black Ops Cold War Free Trial will include the new Rush map and the Zombies mode scenario under the name Mauer Der Toten! (more information here), which premieres in the game this Wednesday, July 14 from 04:00 (CEST). It is also that date when the new update of this Season 4 of the game will be produced. For now, we know that this map will be based on the Berlin Wall.

Although Treyarch advances on their official blog that they will give more details and conditions of the promotion next week, it is expected that it will be between Monday and next Wednesday due to the date we meet. Specifically, what we are asking ourselves now are the download hours, maps included and if it will be necessary to be subscribed to any subscription modality (PS Plus or Xbox Live GOLD, for example) to be able to participate in online games. If so, we will specify it in this news as soon as it is confirmed.