Home Entertainment Platoon 3 will have benefits for Franchise Veterans 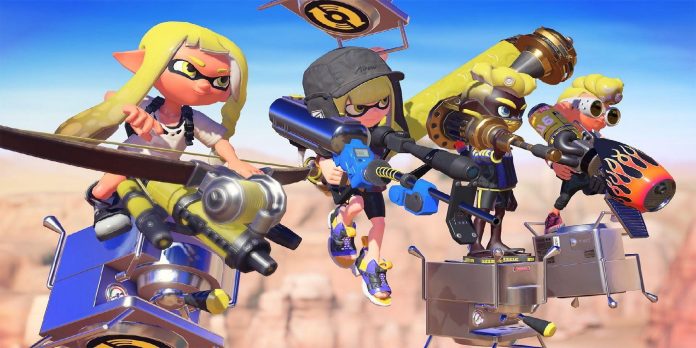 Released in September, Splatoon 3 is one of the most anticipated Switch games coming out this fall. Recently, fans enjoyed a number of revelations about the game in the Nintendo Direct presentation dedicated to Splatoon 3. Fans learned a lot of details about the setup, competitive multiplayer mode, new stages, weapons and much more. It seems that Nintendo has added a lot of new features to Splatoon 3 that will probably attract more fans, but that doesn’t mean that the company has forgotten about its veteran players.

Rather, Nintendo gives some extra bonuses to Splatoon 2 players when they enter the third game. According to the Nintendo web page for Splatoon 3, those who have save data from Splatoon 2 will be able to transfer this information when launching Splatoon 3 and receive special in-game benefits and rewards. These rewards include three Gold Sheldon licenses that can be exchanged for the main weapon in Splatoon 3, which gives the player access to any equipment he wants, regardless of level.

In addition, players will be able to join Anarchy Battles in Splatoon 3 (this is the new name of the ranked battles mode in Splatoon 2) as soon as they launch the game. Also, due to the player’s previous experience in ranked battles, he will start Splatoon 3 with a higher rank than the one who starts the game from scratch. It seems that Nintendo hopes to provide a level playing field in the competitive multiplayer game Splatoon 3 by allowing experienced Splatoon 2 players to play with each other online from day one.

It also seems that many of these in-game benefits for Splatoon 2 players are related to the multiplayer play of the third game. In addition to the three free weapons, most of the rewards that Splatoon veterans will receive will simply increase their status in the rated multiplayer mode of the new game. However, it’s interesting that Nintendo rewards returning Splatoon 3 players, giving fans an incentive to continue playing the series in the long run.

In addition to the benefits for Splatoon 2 players, many other details about Splatoon 3 have been revealed thanks to the recent Nintendo Direct, as well as information from social networks. One of the biggest additions to Splatoon 3 seems to be Tableturf Battle, a new competitive card mini-game with over 150 collectible cards. For any fan who is a little bored with the usual online multiplayer game Splatoon, Tableturf Battle offers a completely different experience.

Splatoon 3 is released on September 9, 2022 on the Nintendo Switch.

Prey star Dakota Beevers talks about the decision made for the...