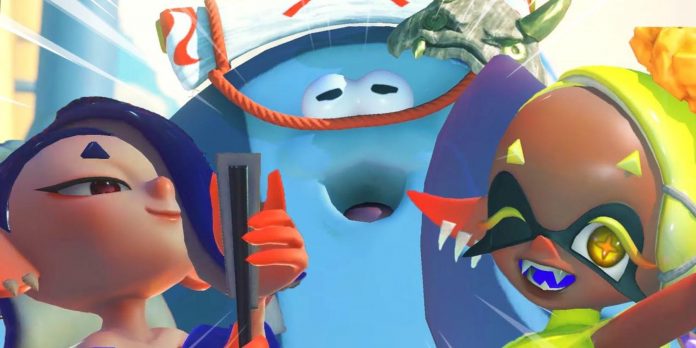 Splatoon 3 was released just last week, but one fan has already recreated Shiver from Deep Cut in another Nintendo game, Miitopia. Together with Fry and Bigman, Shiver forms the idol group Deep Cut, which takes on the duties of a presenter in Splatoon 3.

Miitopia originated on the Nintendo 3DS, and in 2021 received the Switch port. In a comedic role-playing game, players create their own characters with the help of the Mii creator, which Nintendo has included in several games since the Wii, and fans have been eager to show off their creations, such as Zeraora from Pokemon Ultra Sun/Moon. To this end, Redditor dynamicbeemo used a creation tool to accurately recreate Shiver, allowing the newest idol to help players on their journey.

Including her hairstyle and triangular eyebrows, as well as finer details like Shiver’s spiked earrings, the re-creation is an impressive feat and shows how flexible the creation tool is. This is not the first Deep Cut member created in Miitopia, as the Redditor also recreated Fry’s image. Dynamicbeemo is not the type to keep creations to himself, as both characters come with matching access keys so that other players can download them directly into the outlandish RPG to join the party.

When Nintendo first introduced Deep Cut, fans were especially fascinated by Shiver and began to speculate about the identity of the new Splatville star. This became a hot topic on social media and even forced Nintendo to confirm that Shiver uses the pronouns She/Her in Splatoon 3.

It seems that fans have fallen in love not only with Deep Cut, but also with the game itself. The latest game in the Splatoon series quickly gained popularity with fans as Nintendo provided a rare sales update in addition to its quarterly earnings report. The Japanese giant has confirmed that Splatoon 3 has already exceeded 3.45 million copies sold in Japan in the first three days of sales. For comparison, Splatoon 2 sold about 648,000 copies in the same period when the game was released in 2017, which shows that Nintendo has significantly increased the attractiveness of the shooter.

The next Nintendo Direct is scheduled for September 13, and Nintendo may have a chance to show what’s next with the online shooter. The developers previously announced that Splatoon 3 has a two-year plan, including the return of regular Splatfests and future DLC, so it would be logical that players could see the first pieces of information presented during the presentation.