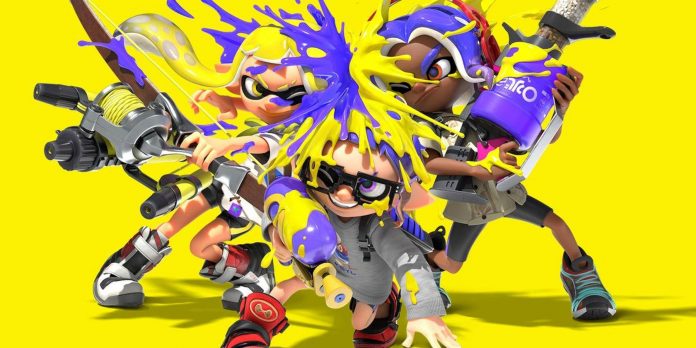 Splatoon 3 is one of Nintendo’s biggest exclusives, which will fill the rest of the Switch release schedule in 2022. The third-person shooter will be released on September 9, just a month later, and Nintendo is ready to start sharing more information about it. game. The latest Nintendo Direct presentation is entirely dedicated to Splatoon 3 and offers 30 minutes of exciting gameplay details. Perhaps the most exciting discovery was the appearance of Tricolor Turf War in Splatoon 3, which fans can try earlier than expected.

The turf wars in the Splatoon franchise have always been a major component of the Splatfest gameplay. Players fight online, capturing the largest amount of territory, in 4-on-4 battles, where the winning team contributes to the total score of their chosen Splatfest team. Tricolor Turf War is no different, but as the name suggests, instead of two teams, it will have three. However, this is not a three-way battle in the traditional sense, but more like how Splatfests take place in Splatoon 3.

In Splatoon 3, Splatfests can have three different options instead of two. In the first half of each Splatfest, players will fight, as in previous Splatoon games, in 4-on-4 Turf War battles. In the second half of Splatfest, players will also come together in Tricolor Turf War battles. They involve four players from team No. 1 Splatfest and two players from teams No. 2 and No. 3, who join forces to fight with team No. 1.

Now that the concept of three-way Splatfests and Tricolor Turf War game modes in Splatoon 3 is already established, Nintendo took the opportunity to make an announcement. Starting on August 27, in just 12 hours, Splatoon 3 will hold its first Splatfest. The world premiere of Splatfest will allow players to choose one of three options: “Rock”, “Paper” or “Scissors”.

Obviously, the world premiere of Splatfest will take place earlier than Splatoon 3. Fortunately, this does not require a pre-order or anything like that. Nintendo will release a demo for Splatfest, which Switch owners will be able to download for free. The demo can also be “pre-ordered” starting from this point, which allows Switch owners to pre-download the demo prior to its launch.

Golden Girls meet the Jetsons in an animated episode from director...