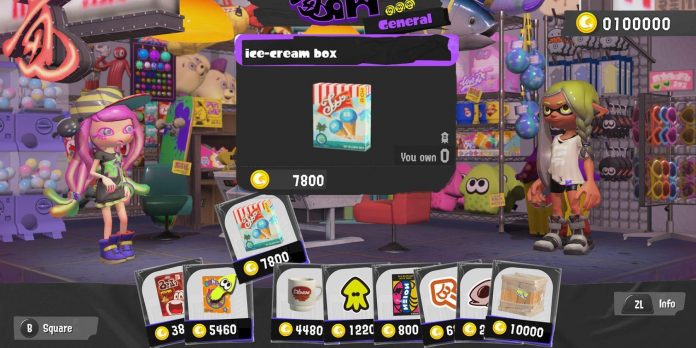 Just a month later, Splatoon 3 will finally be released. After a long period of minimal news and delays, the game is finally ready to be shown in full force, and it has something to show. Splatoon 3 Direct from August 10 exceeded all the expectations of fans, compensating for all the lost time and strange trailers that largely depended on edited matches. So much information is pouring in that fans are not even able to digest all the new weapons, characters, mechanics and history, as well as all the old things that have been embellished for this fresh new game.

With all the news coming in, Splatoon 3 looks like the best entry into the series. The promise of a package packed to capacity at launch, which will stand still for at least a couple of years, makes this game very attractive. However, this news is somewhat bittersweet. Despite the fact that Splatoon 3 will be loaded with content and will have a couple of guaranteed years of support, its expiration date has already been announced.

What Splatoon 3 offers as support after launch

As any Splatoon fan knows, the fun isn’t limited to the story mode. After repelling the latest designs of the Octarian Army, players can take the places of the stylishly chaotic Splattsville hub. From there, they can access online matches in Turf War or joint missions in Salmon Run. After the initial fun, players can expect new weapons, stages, and other special events to appear every few months. In particular, Big Runs will transfer Salmon Run missions to Inkling and Octoling territories, rather than to the usual salmon habitats. It is also likely that Tableturf Battle, a new card game, will also receive one or two updates throughout the life of the game.

It wouldn’t be Splatoon without a special flair, and here catalogs come to the rescue. Available at the Hotlantis department store on the outskirts of Splattsville, these seasonal catalogs will change every three months or so. These are approximate timelines when players can expect new mechanical items such as weapons. These catalogs include elements such as new titles, backgrounds and icons for the player’s Splashtag at the beginning and end of the battle, as well as new emotions. Such cosmetic items are purchased for points earned in other modes, and seasonal items of equipment and abilities will also be presented. Add to this the upcoming X Battle and League Battle modes, as well as Splatfests and paid expansion, and the future of Splatoon 3 looks incredibly bright.

The end of Splatoon 3 is already visible

It was stated that all this content after launch fits into a two-year window. This is consistent with past Splatoon games, and a large-scale paid expansion is likely to meet somewhere in these deadlines. Players can also expect Splatfests, which now support a third party and new methods of interaction, to continue all this time and possibly longer. However, this is because Splatfests doesn’t need a lot of new content to work. Two years is still a reasonable lifespan for a game with a live service, and Splatoon 3 brings a variety of different updates over that time period, but it is nevertheless well-established.

Although it’s bitter, it’s still better to know what the future of Splatoon 3 looks like. Nintendo has often made similar announcements in the Switch generation: games such as Hyrule Warriors: Age of Calamity and Mario Kart 8 Deluxe have season tickets that explicitly state when all their content will be completed. This is perhaps preferable to what has been done with games like Kirby Star Allies and various Mario sports games, where a continuation of the free DLC was expected, but it was unclear when it would end and what would be done. Splatoon 3 aims to be an eventful couple of years with a reasonable break to make room for what’s next for the franchise, presumably on the next Nintendo console.

Splatoon 3 will be released on September 9 exclusively for the Nintendo Switch.

LOTR: Illness in Rosgobel is a sign that history repeats itself