Home Entertainment Platinum On The Resurrection Of Scalebound: “We Want To Talk To Microsoft” 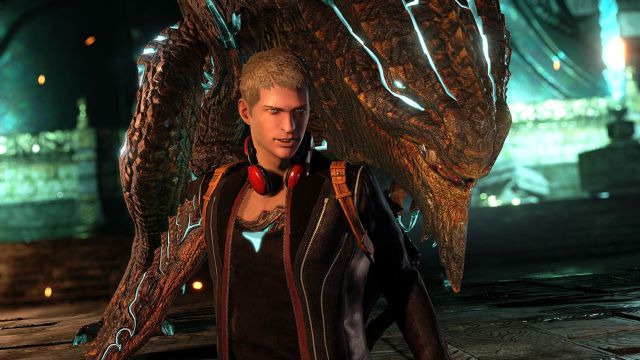 Platinum: The title directed by Hideki Kamiya was planned for Xbox One, but the Americans decided to put an end to the project. Scalebound is not forgotten. The dragon game directed by Hideki Kamiya and developed by PlatinumGames was one of the great exclusives for Xbox One, but Microsoft decided to cancel it. Although years have passed, there are still people who remember him, even inside the studio. In an interview with IGN Japan, Atsuhi Inaba, CEO of the developer, has opened the doors to a possible resurrection of the project.

“Kamiya has always wanted Scalebound,” Inaba stressed. “We would love to have a formal conversation with Microsoft.” Kamiya himself has weighed in and said the following: “We did a lot of work, so it doesn’t make sense for Microsoft to keep the game in its current state. We would like to do something about it (laughs). Phil! Let’s do it together!”

When Scalebound’s cancellation was officially announced, Hideki Kamiya posted a statement on social media. “As many of you have already heard, Scalebound has unfortunately been cancelled. I feel very sorry for all of you who were waiting for the game. I’m sorry to give you this kind of bad news to start the year.” At that time, he promised new games focused on offering fun as well as hard work so as not to disappoint fans again.

Games as a service, the future of PlatinumGames?

PlatinumGames has also revealed a new approach to developing its upcoming titles. As stated by Atsuhi Inaba, they seek to create products that work more in the long term, of a service type: “We want to focus on creating titles that are different from those of the past. I would like to focus on designing games that can be enjoyed over a longer period of time.” However, that doesn’t mean they’re going to abandon smaller productions like Sol Cresta, a retro-scented ship game.

Project G.G, the new Hideki Kamiya, is still in the testing phase, so they are testing its systems and mechanics.

The creator of Super Smash Bros. Masahiro Sakurai shows off his...