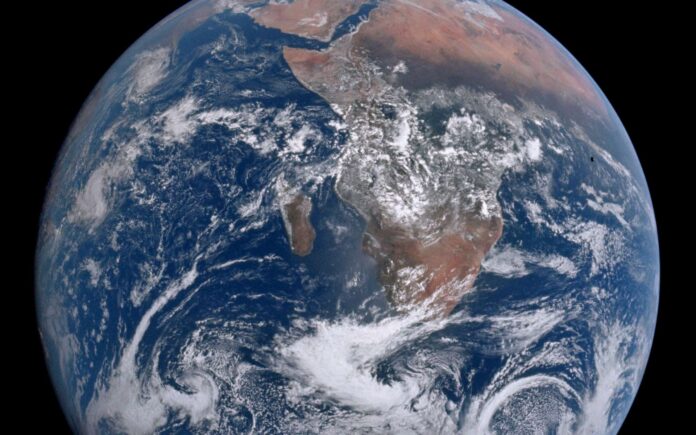 Geoscience researchers are still debating the question of when plate tectonics, which is intimately linked to the origin of continents and oceans, dates. A study based on the geochemistry of argon suggests that it was already active more than four billion years ago.

Two geoscience researchers from Yale University in the United States, Jun Korenaga and his PhD student Meng Guo, have just published an article in Science Advances which would certainly have interested the late volcanologist Haroun Tazieff. Recall that he was one of the first geologists to understand the importance of volcanic phenomena, but also to support the theory of continental drift when it was generally not taken seriously yet, in the early 1960s It was not until the revolution of plate tectonics, a revolution in which Haroun Tazieff and his colleagues participated in exploring the famous Afar depression in East Africa, that they discovered an exalted oceanic rift. Indeed, in this region of the globe, it is possible to see and measure the expansion of the oceans and the making of a new oceanic crust.

The theory of plate tectonics, the modern form taken by Alfred Wegener’s theory of continental drift in the late 1960s, which was to be definitively accepted by the scientific community during the following decade, n ‘has not yet revealed all of its secrets, although it has become the essential framework in which to ask and resolve the majority of questions that can be asked in geosciences. It is certain that plate tectonics has been operating for at least 400 million years and that it seems to respect the cycles of closing and opening of oceans with continental plates which collide or tear, when it is not s is not also oceanic plates, according to the famous cycle of Wilson.

Plate tectonics that change over time
But there is a debate between geologists who do not know with certainty when the plate tectonics appeared on Earth nor when its modern form took place, so that we do not know very well either when dates the formation of the continents began and how quickly it started.

Indeed, the heat content of the Earth and its internal temperature have changed irreversibly since its birth more than 4.5 billion years ago. The convective processes in the Earth’s mantle several billion years ago therefore did not have to be the same.

We are thus led to think that there was then a greater number of plates, of smaller size and animated by faster movements. The lavas spewed out by volcanoes must have been warmer, in fact we know that for about 2.5 billion years, lavas called komatiites have hardly been spilled on the surface of the Earth.

We also have models which make us think that the first fragments of continental crust are associated with subductions of oceanic plates and with geological contexts like that of the hot spot at the origin of Iceland.

Jun Korenaga and Meng Guo think today that they have arguments to specify when plate tectonics dates as well as the appearance of important continental surfaces. For the two researchers, this tectonics was already active more than four billion years ago. This is what some of their colleagues already thought as explained by Futura in the previous article below. But the researchers go further by explaining that according to their work the mass of the continental crust, very enriched in potassium, would have already reached more than 80% of its current value at the beginning of the Archean, so there is a little less four billion years.

Continents that enrich the atmosphere with argon

To arrive at these results, Korenaga and Guo built a learned geochemical model explaining the variations of the quantity of argon 40 in the Earth’s atmosphere. It is a fairly heavy rare gas and therefore, unlike helium and its isotopes, finds it difficult to leave the Earth’s atmosphere. The amount of atmospheric argon must have varied at least due to the presence of large amounts of the radioactive isotope of argon, potassium 40, in the earth’s crust. It decays, in fact, giving argon 40 which will accumulate in the atmosphere and partially dissolve in ocean water.

The rate of argon 40 in the ancient atmosphere can be measured, for example and during the Archean, by studying its presence in hydrothermal quartz deposits. The two researchers used this kind of data in their modeling. They also took into account the cycles which bury inside the Earth rocks containing argon 40 and which then lead to the re-emergence of materials which contain it.

More precisely, they integrated in their geochemical model the cycle by which the continental crust is formed from the mantle and from collision between plates, then is eroded by giving sediments which are finally brought underground always by the movements of the tectonic plates – this cycle renewing itself and affecting the composition of the atmosphere in argon.

Thus, as Korenaga explains: “Due to the special characteristics of argon, we can deduce what happened to solid Earth by studying this atmospheric argon. This makes it an excellent memory of ancient events. ”