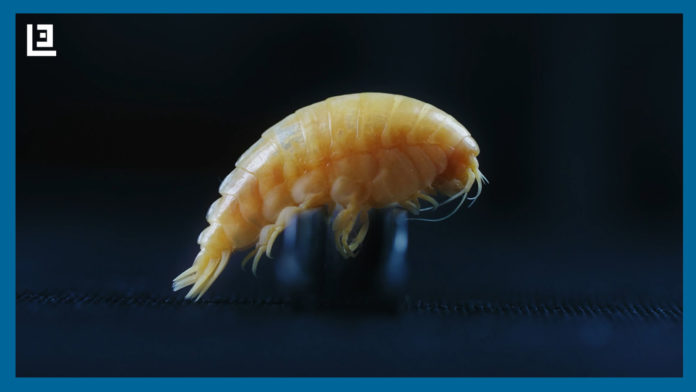 The spread of plastics may have become much more terrible than we thought. The name of a living creature newly discovered by scientists was inspired by plastic after it came out of its stomach.

The names of some living species come from activists, some living creatures named celebrities such as Lady Gaga for attention. Most researchers produce names using either a very distinctive feature of the creature or their own name.

This time, the researchers made a very different decision and named the creature through plastic. Because plastic has entered the stomach of this species, before scientists have discovered it.

Plastic in the Marinara Pit
The newly discovered species was found at a depth of approximately 6.9 kilometers in the Marinara Pit. Some examples of this creature, similar to shrimp, were caught by researchers for examination. In the examination, a sample of plastic was found in the stomach of one of the individuals of the species.

With this case, the word plastic was used for the first time to name living things. In the statement they made, the researchers said that the creature was named Eurythenes plasticus in order to stop the spread of plastic to the oceans and to draw attention to this issue immediately.

It is stated that one of these nails has a 0.65 millimeter plastic in the abdomen. According to the researchers, this microfiber is probably included in the group called Polyethylene terephthalate. Plastics in this group are included in food packaging, which we know as “pet”.

Marinara Pit is one of the deepest places in the world. The fact that plastic is encountered even at a depth of 7 kilometers shows how scary the situation is and what level of pollution has reached.

The fact that only one member of the new species was found in plastic means that the species can generally be protected from plastic pollution. Of course, for this to happen, people must first put an end to plastic addiction.