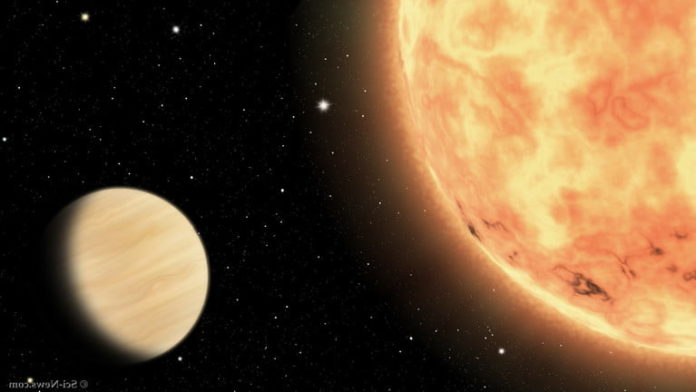 Astronomers have been able to make a very interesting discovery using NASA’s TESS satellite to explore planets. A celestial body, similar in size and appearance to Neptune, was observed very close to its own star.

Our work continues to explore billions of celestial bodies in space. One of the most helpful structures for scientists is NASA’s TESS satellite, which was specially designed to find planets. This spacecraft discovered a very rare celestial body.

A orbital tour of the celestial body called the planet TOI-132b lasts only 2.11 earth days. According to astronomers, the surface temperature of the planet is 1111 degrees.

Rare “Hot Neptune”
These structures, called hot Neptune, are very rare. Astronomers are often used to discover either giant Jupiter-sized gas planets or smaller Earth-like rock masses. It is not uncommon for them to discover neptune-sized structures. Even astronomers call it the ‘Neptune desert’. The fact that a gas of this size is so close to the planet’s star makes it even more interesting.

One of the researchers. Matias Diaz said that Neptune-sized planets can be seen around Sun-like stars, but they have never seen a version so close to a star. Astronomers think that the reason for this is that the atmosphere of the planet is lost and turned towards smaller but denser planets.

With the discovery of the TOI-132b, astronomers found an oasis in the Neptune desert. The star that the planet revolves around is a G-type dwarf star and is 6 billion years old. This celestial body is slightly smaller and lighter than the Sun.

Researchers studying the structure of the hot Neptune TOI-132b, thus aimed to uncover the secret of such planets. Studies have revealed that there is a rocky core in the center of the planet. This planet, 23 times heavier than Earth, may have managed to maintain its atmosphere thanks to its stony center.

The Scientific Reason of Humans Running Slower Than Other Creatures Has...