Home Science The planet that breaks down hydrogen molecules in its atmosphere with its... 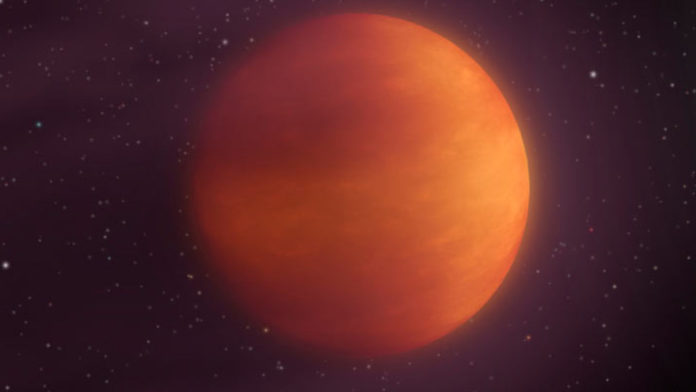 It was determined that the surface temperature of the exoplanet KELT-9b, which was discovered to be the hottest planet, was at a level to decompose hydrogen molecules in the atmosphere of the planet. According to the information obtained, this event occurs every day in the daytime part of the planet and these molecules reunite at night.

A new one has been added to the amazing objects discovered in the far corners of the universe. A recent study by NASA has revealed that it has a temperature high enough to decompose molecules that make up the atmosphere of an exoplanet called KELT-9b.

KELT-9b is a planet with 3 times the mass of Jupiter. The surface temperature of the planet is as high as 4300 ° C. This makes KELT-9b the highest temperature planet ever discovered. This excessive temperature causes the decomposition of hydrogen molecules in the atmosphere of the planet.

The loop continues all the time
This melting event occurs in the star-facing part of the planet. Hydrogen molecules decompose here and head towards the night part of the planet. These decomposed molecules recover in the night part, where the temperature is less, and they are exposed to temperature again during the daytime, and separation occurs again. This cycle repeats every day on the extremely hot planet KELT-9b.

Called the hottest exoplanet
The author of the article, which conveys the findings, is Megan Mansfield, a graduate of the University of Chicago; KELT-9b, which has an extremely high temperature, keeps it in a different place from other exoplanets. According to Mansfield’s explanations, there are many ‘hot Jupiter’ or ‘ultra hot Jupiter’ that are similar to KELT-9b and are hot enough for this event, although not as hot.

In order to search for other exoplanets experiencing this event, some high-level equipment is required. It is not easy to examine the atmospheres of exoplanets, but for this task, the Spitzer space telescope called NAST can be used to determine the infrared wavelengths of exoplanets and provide an idea of ​​temperatures. Although the KELT-9b was very close to the star of the planet, the temperature difference in the day and night parts could be detected thanks to this telescope. To give additional information: KELT-9b was so close to its star that one year on the planet was equal to 1.5 days on Earth.

Exoplanet with a surface temperature high enough to disintegrate molecules at a distance of 670 light years; It was definitely placed in the category of planets that are unfit for living by NASA.