Home Science A Planet with 18 Years a Year Discovered 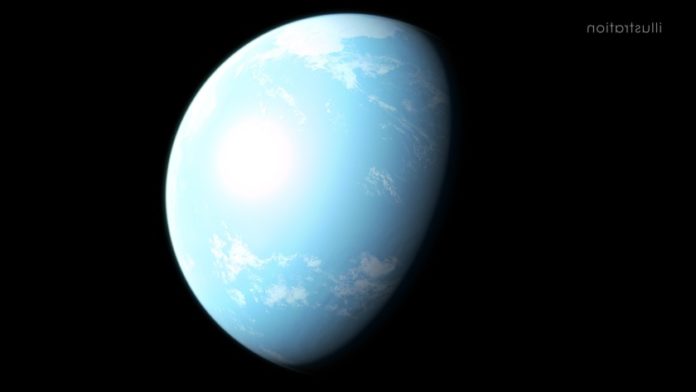 Astronomers have discovered a planet that is a year shorter than a day on Earth. A tour around the star of the planet, which is 1000 light years away from Earth, takes only 18 hours.

Year refers to the time a planet takes a full turn around its star. Since each planet’s speed and orbit around its star is different, ‘1 year’ for each planet represents a different time period. Our planet Earth rotates around the Sun in 365 days, completing a year.

Scientists from the University of Warwick discovered the shortest orbiting planet ever detected. It is understood that this planet, which is similar in size to Jupiter, and is about 1000 light years from Earth, completed its orbit around its star in 18 hours.

The planet, NGTS-10b, with an 18-hour orbit period, was discovered as part of the Next Generation Migration Survey (NGTS). The ongoing study at the Paranal Observatory in Chile tries to explore planets up to the size of Neptune.

In the NGTS study, images containing 100,000 stars are obtained each time. In the study, attention is paid to the brightness drops that the planets create while passing in front of the stars. During the observations, frequent brightness drops in the light of a star caught the attention of astronomers.

He is the lead author of the article, published in the Monthly Notices of the Royal Astronomical Society, at the Warmick University. “We are excited to announce the discovery of the Jupiter-sized NGTS-10b, which completes its orbit in an extremely short time around a star that is not very different from the sun,” said James McCormac.

Astronomers say that the hot gas giant planets with short orbital periods are easy to spot due to their size and frequent passage around their stars, but they are extremely rare.

NGTS-10b has a very short trajectory as it is very close to its star. NGTS-10b rotates in its orbit 27 times closer to its star than Mercury, the planet closest to the Sun in the Solar System. Astronomers think that the planet will crumble in a short time due to its proximity to the star.

Due to the gravitational force of the gas giant planet star, only one face rotates so that it constantly faces the star. Astronomers think the temperature in the star-facing part of the planet is more than 1000 degrees Celsius. The radius of the star of NGTS-10b is 70 percent of the radius of the Sun and 1000 degrees cooler than the star Sun.

Using transitional photometry, scientists found that the planet is 20 percent larger than Jupiter, and its mass is almost twice that of Jupiter. Astronomers have explained that this gas giant planet is in a life cycle that will provide important information about this type of planet evolution.

Huge-sized planets are typically far from their stars. In the later stages of these planets’ lives, changes may occur in their orbits due to their interaction with other planets or their own star. Astronomers are considering observing the planet for the next 10 years to see if NGTS-10b will stay in the same orbit over time or disappear inside the star.