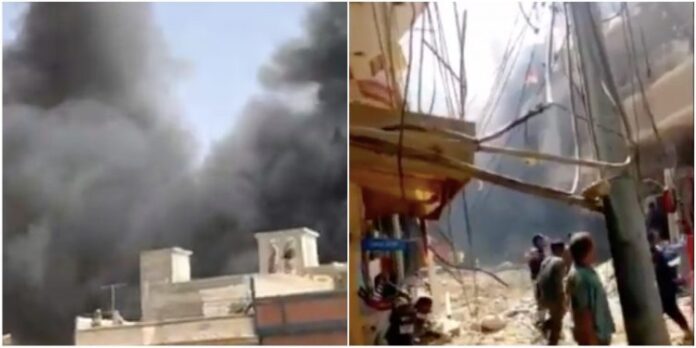 A plane carrying 107 passengers was reported to have crashed in Pakistan. The aircraft of Pakistan International Airlines (PIA) was on the Lahore-Karachi flight.

Airbus A320 type aircraft has been confirmed by Pakistan International Airlines, which has 107 passengers in it.

It was reported that the passenger plane crashed into a residential area called Model Colony near Karachi Airport. The details of the incident have not been clarified yet.

The images of the plane crash in Pakistan were shared on social media. Health and fire crews are reported to have gone to the scene.