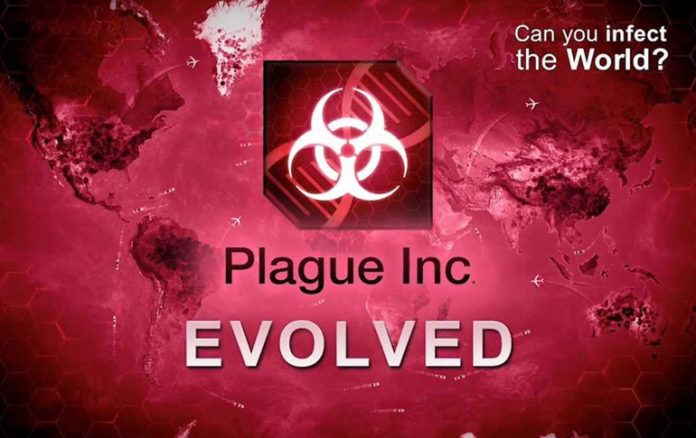 The corona virus outbreak that originated in China and ravaged the world, famous Plague Inc. for the purpose of releasing such outbreaks to the world. created a high amount of intensity in his game. The developer team shared a notice to inform players who want to know about the outbreak.

Corona virus, which first appeared in Wuhan city of China and swept the world, has killed 41 people in China and has been seen in approximately 1,300 people so far. Although the region where it was first seen was quarantined, the Corona virus, which started to appear in many countries later, started to spread to many countries and unfortunately, the number of diseased people increased significantly compared to this.

Corona virus, which scares many people and is a serious epidemic, plague Inc., which contains such viruses in a realistic way. also mobilized its players. According to the developer’s comments, Plague Inc. The number of players logging in to the game and the website has increased enormously due to the Corona virus, and the players asked the developers to share information about this virus. The developer team therefore issued a statement.

Plague Inc. developers recommended that the information be taken from health institutions
“Plague Inc. For the past 8 years, we have observed an increase in the number of players, as players have wanted to understand how the diseases spread and the complexities of large outbreaks, whenever an epidemic appeared.

We made special efforts to make the game realistic and instructive, but we also tried to avoid sensationalizing the problems of today’s world. This was recognized by the Centers for Disease Control (CDC) and other healthcare organizations around the world.

It is important to remember that Plague Inc. It’s not just a game and a scientific model. In addition, the current Corona virus outbreak is a serious condition that affects many people. We recommend that players receive information about the disease directly from local or global health officials. ”

Plague Inc. is a strategy game based on successfully spreading a virus that players want to all countries of the world and destroying humanity. Although there is a constant interest in the game released in 2012, when outbreaks like the Corona virus occur in the real world, the interest in the game also increases significantly. The developers, who stated that the entries into the game after the Corona virus in the square in China increased very high, had to publish a statement.

Considering that the increase in the interest in the game with the Corona virus epidemic is directly proportional to the players’ desire to get information, the developer team explained in a statement on Twitter that they designed the game in a realistic and informative way, but the best information can be obtained from health institutions and authorized institutions. In addition, the developer team reminded players that Plague Inc. is just a game and that the Corona virus, which is now terrifying people, is a very real and serious situation.