Home News Plague Inc. developed a way to fight outbreaks and save the world 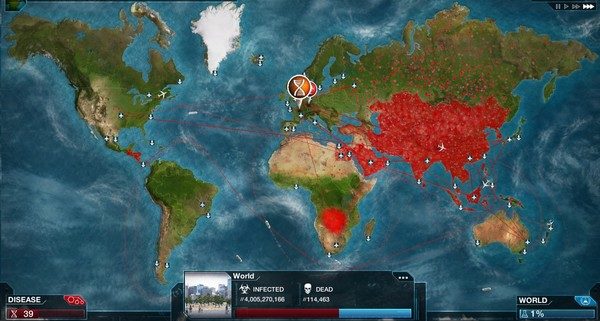 Plague Inc. must gain a new way for players to fight a global pandemic. The main goal of the game is to create a plague to drive people away from the planet. However, with the recent outbreak of coronavirus (Covid-19) worldwide, developer Ndemic Creations announced on Tuesday (24) a completely different proposal. In it, it is necessary to control the deaths caused by the spread of a disease in the game.

Although it still doesn’t have a broadcast prediction, the mod comes as a free update for all users. Note that Plague Inc. is available for Android and iOS phones (iPhone), PlayStation 4 (PS4), Xbox One, Nintendo Switch and PC (via Steam).

With Veba Inc.’s current visibility around the world, Ndemic tries to do their part in fighting the coronavirus outbreak. The developer donated $ 250,000 (R $ 1,255 million in direct transformation) donated between the Outbreak Preparation Innovation Coalition (CEPI), an organization that funded independent research to develop vaccines against emerging infectious diseases, and the World Health Organization’s Covid-19 Solidarity Intervention Fund.

In addition to donations, the company will develop a mod with a completely new proposal for Plague Inc. Its purpose is not to spread a disease, but to fight a global pandemic. Modality is developed with World Health Organization (WHO) and Global Outbreak Alert and Response Network (Global Outbreak Alert and Response Network) experts to have maximum loyalty in case of a real pandemic.

Players should monitor the progression of the disease and improve their health systems during quarantines, social distance, screening and even shut down public services. The aim is to educate people on how to fight an epidemic.

Launched in 2012, Plague Inc. has been very successful with the public and remains a good player base to this day. When Coronavirus began to spread, many of them turned to the game, which simulated the spread of a virus to the world. In February, it was banned in China because of the theme that represents the situation we are currently experiencing worldwide.