Home Entertainment Placebo Postponed The Remaining Dates of The UK and Ireland Tour Due... 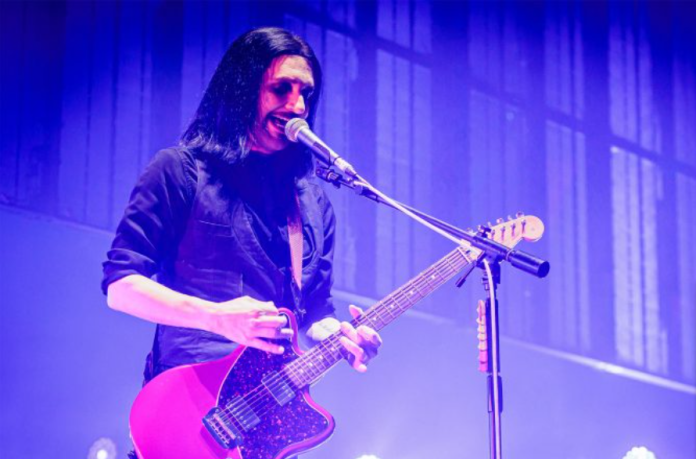 Placebo postponed the remaining three concerts of the current UK and Ireland tour, as frontman Brian Molko continues to recover from an unspecified illness that affected his voice.

Initially, the band postponed the only performance in Newcastle on Friday (December 2). At the time, Molko wrote in a statement that after gradually losing his voice over several shows last week — ignoring his doctor’s advice to “go home and shut up for a week” — he had reached a point where he “risks damaging [his] voice, possibly forever” if will continue touring.

Placebo then postponed their Glasgow gig, which was due to take place yesterday (December 3), noting in another statement that they were “not devastated to lose another gig on this tour”, but hoped to resume the tour in Dublin on Monday (December 5).

Now the band has admitted that Molko’s recovery is taking longer than they had hoped, and “with a very heavy heart, great sadness and regret” decided to postpone the last leg of the tour. The aforementioned show in Dublin, the concert in Cambridge, which was scheduled for Wednesday (December 7), and the closing of the tour in Birmingham on Thursday (December 8) are affected.

All five postponed concerts will be rescheduled soon, according to a new Placebo statement urging fans to “hold tickets and wait for more information.”

The band explained that they “sincerely and perhaps optimistically hoped that Brian would recover faster after some rest,” but after he visited a doctor yesterday morning (December 3), the frontman found out that he was “unable to continue the tour and needed a full rest.”

In his own statement, Molko stressed to fans in these cities that Placebo will return to them as soon as they have the opportunity. He texted: “We are so disappointed that we cannot complete our UK show, but please rest assured that we will do everything possible to have these shows rescheduled as soon as possible.

“We are so grateful for the wonderful support you have given us on this tour, and for your kind wishes and understanding during this difficult period. We are very sorry that we can’t finish the remaining shows, we tried our best! We’ll be back soon. Thank you all for your patience and understanding.”

Before Molko lost his voice, Placebo played nine shows on a UK and Ireland tour, following on the heels of 41 shows in Europe. They spent most of the year on tour with their eighth album “Never Let Me Go”, which was released in March this year accompanied by the singles “Beautiful James”, “Surrounded By Spies”, “Try Better Next Time” and “Happy Birthday in the Sky”.

In a four—star review of the album, Andrew Trendell of NME called it “Placebo’s best and most consistent album since the dark, intoxicating ‘Meds’ of 2006 – and [one that] may prove to be their most rejuvenating since the arena-filling ‘Sleeping With Ghosts’ of 2003.'”.

New Amsterdam Season 5: What we suspected was going to happen...