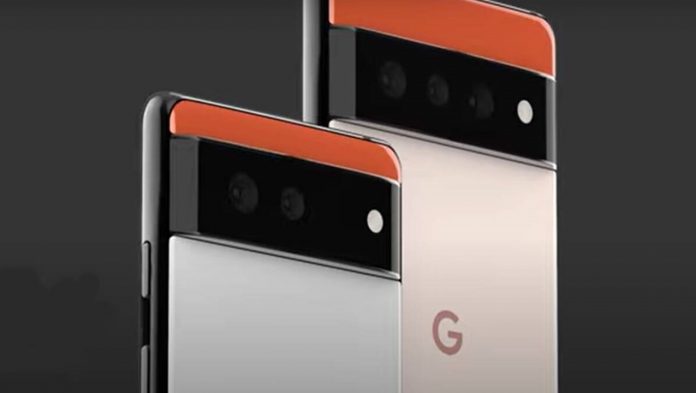 Pixel 6 Pro and Pixel 6 have new images. New images from OnLeaks (via digit.in), one of Twitter’s known leak sources for technological products, show that Google can take a bold step forward with its Pixel series. The phone, allegedly the Pixel 6 Pro featured in the images, could feature a triple rear camera array, including a 6.67-inch curved screen and a periscope-style telephoto lens. This will also be a first for the Pixel series. OnLeaks then shared images that allegedly belonged to a smaller Pixel 6 phone with contributions from 91Mobiles.

At the same time, it is stated in the related news that the Pixel 6 Pro will use an OLED display, but the refresh rate has not been verified. It is also reported that the dimensions of the device will be approximately 163.9 x 75.8 x 8.9 mm. Features such as offering dual speakers and wireless charging are also listed, both of which are on the Pixel 5. Judging by the images, the camera array has been raised along the back of the device, moved into a horizontal strip, and a bright hue just above the panel stands out. There is no confirmation of whether the Pixel 6 Pro will include the rumored “Whitechapel” on-chip system regarding this leak.

The nomenclature changing from “XL” to “Pro” may also indicate a new relationship between standard and large screen models. In previous generations (Pixel 5 was never an XL version), the XL model had the “same phone, bigger screen” mentality. Leaving this nomenclature for the “Pro” could indicate that this is both a bigger and higher quality device.

In addition to the Pixel 6 Pro, an image of the Pixel 6, which will be the smaller model, has also emerged thanks to the 91Mobiles site. The Pixel 6 looks like it will adopt a distinctive design similar to that of the Pro, with a color group with orange and white segments separated by a glossy black bar that houses the camera bump.

According to the leak, you’ll find one less number of cameras on the back. It will likely include a regular wide camera and an ultra wide angle camera. The periscope lens, which is expected to be on the Pixel 6 Pro, will not be on this phone. It looks like the front of both phones will feature selfie cameras centered at the top of the screen.

Google has recently taken a conservative approach to Pixel hardware and design. This isn’t bad, but we’ve seen Google add great cameras and software to its smartphones and gain a reputation for offering them at an affordable price. But if these recent leaked photos are real, then it looks like the company is taking a remarkable step forward to challenge other flagships with high-end gear. For now, there is no confirmed release date for the Pixel 6 or Pixel 6 Pro, but we expect these devices to be introduced in the fall, possibly in late September or early October, as in the past. Meanwhile, Google also plans to release a Pixel 5A model this year.