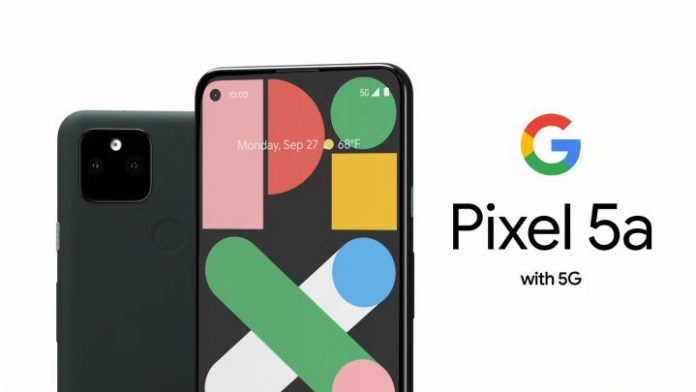 Pixel 5a: A few weeks ago we learned the details of the Google Pixel 6, which left us with great news and very high expectations. It is not for less, since it is the high-end phone that, if that weren’t enough, debuts the house processor. But today we have had a great news that will partly delight all those who are looking for a cheap Pixel. It is about the Pixel 5a of which we are going to tell you all the details.

All smartphone manufacturers try to maintain a design line and Google is no less. Especially if it is about making a more affordable phone than one that we have already seen last year such as the Google Pixel 5. Now it is time to take a look at its more affordable version that the Mountain View firm has presented today.

We start with the screen, which has the 8 MPX camera on a 6.34-inch OLED FullHD + screen in a 20: 9 aspect ratio. The fingerprint reader will have it in the back, right in the middle. It is in this part where one of the characteristic improvements of the terminal is housed, which are the two cameras within the square package. A 12 MPX camera and a 16 MPX wide angle are housed here, but these measures do not make you lose faith in the photographic section since it is capable of recording up to 4K at 60 fps.

If we focus on the inside of the Pixel 5a we have a processor from Qualcomm, specifically the Snapdragon 765G, so we are talking about a phone with 5G integrated. In its support will be 6GB of RAM in addition to 128 GB of internal space. On the other hand, it has other improvements such as USB C 3.1, eSIM capacity, Bluetooth 5.0, WiFi and a very respectable IP67 protection along with Gorilla Glass 3 coverage. We also do not forget the 4,620 mAh battery.

Now for the not-so-good news of the Google Pixel 5a. It is seen that it is a very competent telephone for the about 460 euros that the terminal costs. It is not a very high price for this type of phone, but the bad thing is that to get it you will have to do it in the United States or Japan, which are the markets confirmed by the firm.