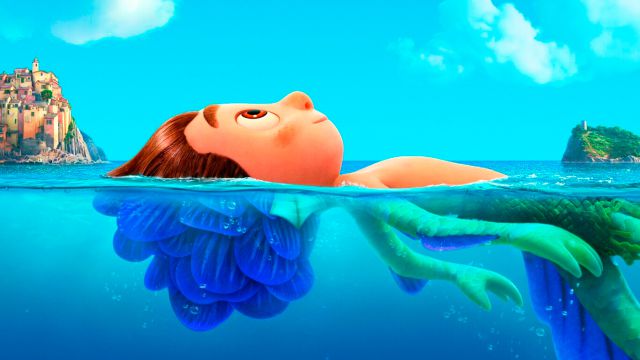 Pixar presents the first preview in Spanish of its new animated film, scheduled to be released in theaters on June 18.

The first teaser trailer in Spanish of Luca is here, the long-awaited new animated film from Pixar, a company that returns to the present after its last two and recent releases such as Onward and Soul. So much so, that Luca is scheduled to premiere in theaters on June 18; and finally we have the first trailer for the film, as well as its first promotional poster.

Thus, Luca tells us the story of two young friends who intend to spend an unforgettable summer in a small and idyllic town on the Italian Riviera, sharing games, friendship, ice creams and adventures with the people of such a charming Mediterranean town. But your vacation hides a great secret; and it is that they are actually two young sea monsters that come from another world submerged under the surface of the sea.

Trying to hide their true identity, the two monstrous friends will establish friendships and relationships with the inhabitants of that town that will surely make us excited, dealing with topics that will try to reach the heart of the viewer, as Pixar usually does with each new movie.

Luca is directed by Enrico Casarosa, a filmmaker who makes his debut in feature film format after collaborating on the storyboards of other Pixar films such as Ratatouille, Up or Coco, in addition to directing the short film La Luna. Jesse Andrews and Mike Jones are in charge of the script, the latter after working on Soul, the latest Pixar film.

“Luca, the upcoming Disney and Pixar original feature film is a funny and moving story about friendship, about how to get out of your comfort zone and about two adolescent sea monsters who live a summer that will change their lives”, we can read in its official description. Luca is scheduled to premiere in theaters on June 18, as long as sanitary conditions allow it.