Home Entertainment “Pirates of the Caribbean Online” deserves a comeback 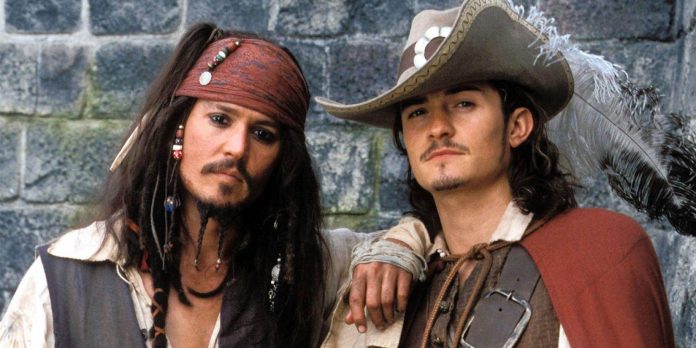 In addition to Sea of Thieves, there is a significant shortage of AAA pirate-themed video games on the market. Some noteworthy pirate games came out a few years ago, and the next AAA pirate-themed game doesn’t seem to be coming soon, since Ubisoft hasn’t said much about Skull and Bones. The Golden Age of Piracy is an exciting time that has been explored in various franchises such as Pirates of the Caribbean and Assassin’s Creed, but there are too few AAA—level pirate video games and they are far from each other. This leaves the market waiting to be filled, and there was once a pretty fun MMO that could fill it up again.

RELATED: LEGO Pirates of the Caribbean 2 Must Happen

The Open Sea Pirates of the Caribbean online was exciting

Pirates of the Caribbean Online has never been a perfect game, and critics have spoken about it very ambiguously, but it still gathered a decent fan base. The plot unfolds a few months after Pirates of the Caribbean: The Curse of the Black Pearl, and the player must create his own pirate. They met such iconic characters as Jack Sparrow, Will Turner, Elizabeth Swan and Barbossa while sailing on the open sea. It was the perfect entertainment for “Pirates of the Caribbean” fans and a decent game for those who wanted to become a pirate.

In Pirates of the Caribbean Online, players could travel both by land and by sea. They were given a ship to control, which they could use to sail to various islands on the map. On land, the player will encounter many NPCs and kill even more. They had to fight back against the infamous Jolly Roger and protect the seas from his undead army. They also had to defend themselves against Lord Cutler Beckett as he gained strength.

Battle was the name of the game, and it manifested itself in many forms. Players could fight other ships on the high seas, and other players could join their team to control the guns on deck. They also had to fight on land with their cutlasses and pistols, and they could collect loot from the enemies they killed. If the player lost consciousness, he woke up in a prison cell and tried to escape. When they fought back against their enemies and crossed the sea, they got a bad name, and this was the game version of pumping.

Pirates of the Caribbean Online deserve a revival

The biggest multiplayer pirate game on the market right now is Sea of Thieves, and it has provided piracy fans with a decent amount of content they can play with their friends. However, the game is more like a sandbox than a story-oriented MMO. While some pirate fans may enjoy the opportunity to explore the high seas at their leisure, others may want a more focused pirate game; this is where Pirates of the Caribbean comes into play.

Pirates of the Caribbean Online has been heavily focused on telling the story of the pirate world. The game was dedicated to players who follow a pirate-themed story while living their pirate life. A brand new version of the game can continue this, as well as bring a little more freedom to it. The “Pirates of the Caribbean” and “Sea of Thieves” crossover was a good example of telling a more focused story, as well as giving players a little more control over what they want to do, and the revival of the game should follow this model. Returning to features like the fame system in the new version of the game can be very fun.

Pirates of the Caribbean Online closed in 2013.

Vampire Survivors Codes and How to use them

How the Marvel movie “Spider-Man: Another Day” and “Daredevil” failed