Home Sport Pique: “I support the right to decide, but I have not said... 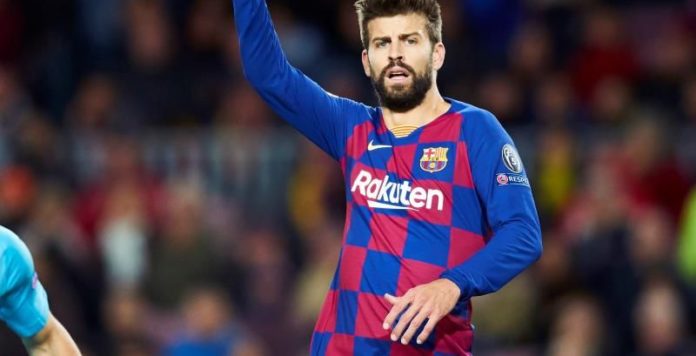 The FC Barcelona central Gerard Pique said that “he has always” firmly supported “the right to decide”, something that “has never hidden”, but remember that “never, never” has said that it is independence.

In statements published in El Pais Semanal, Pique complains about the public exposure of soccer players in certain matters: “People when they vote will do so in secret. Why do players force us to position ourselves?”

“I can advocate or defend the right to decide how I have defended La Roja with the national team for 14 years. Sports and politics go hand in hand, always. The Copa del Rey is called del Rey; when you play an international match the hymns sound, and that is political. That athletes cannot get wet? Host! We have the same right to be citizens as anyone, “he insisted.

And under this point of view, Pique comments that the sentence of the process “has been very hard and has provoked altercations” and reflects on the matter: “If the people who promote doing things without violence have fallen that, when they have argued that they should to give themselves what they pursued peacefully … ”

The central believes that everything “could be arranged in many other ways”, but does not see too many exits. “It will only be achieved when politicians do their job. They have been replaced by judges and they have passed sentences,” he said.

“Everyone will have their opinion on it (the sentence): some that are lazy, others that are strong and others that are fine. But we should not have reached this point,” insists the central.

Pique believes that “politicians on both sides should have done their job and have not complied”, although with one difference: “some are in jail and others are not.”

“Defending with arguments can not be bad. You are two months or three locked in a room until you reach an agreement. We with the people of the national team have talked a thousand times about politics, but then we have gone out to the field to play,” remember.

Messi, the “extraterrestrial” who wins the applause of Arturo Vidal