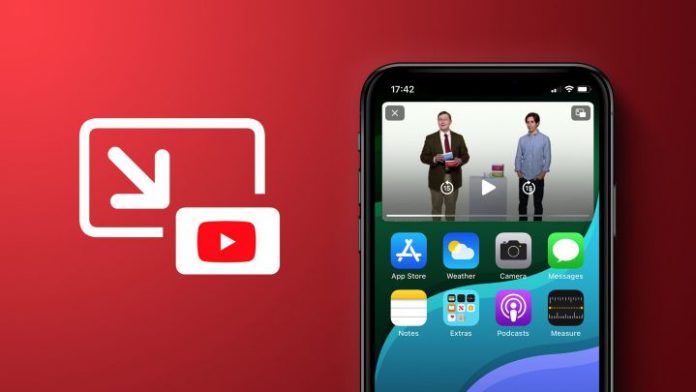 YouTube: Called Picture in Picture, the Picture-in-Picture (PiP) feature allows you to play YouTube videos while using other applications on your mobile device. The PiP reduces the video to a small player that you can scroll around the home screen and hover over other applications.

If this feature is enabled, you can continue to play YouTube videos while using other applications on your mobile device. The problem? Which has been available on Android for a few years, but not on iOS yet.

Already on the way for Apple devices like the iPhone, YouTube will allow iOS users to continue consuming content in the background. The picture-in-picture (PIP) function allows you to exit the YouTube application and continue playing your video in a floating window that remains on the mobile screen.

This is different from the previous minimization function, in which users can make their current video play on a smaller screen, but which required them to continue browsing within the YouTube application, without being able to leave it.

There is a catch, of course. According to MacRumors, the PIP feature will first reach Premium subscribers (currently rolling out) who pay for the subscription, and then the rest. But YouTube promises that “the feature will be available to all users, paid or not, at some point.”

How does it work

On your Apple device updated -at least to iOS 14-, go to Safari or whatever browser you use and open YouTube by typing www.youtube.com in the search bar.
Find the video you want to play. If you want, log in with your email ID.
Now you can play the selected video. Click on the full screen option.
Near the “close window” button at the top right you will see a new icon: It is the image-in-image mode icon. Select it.
By doing this, your video will be placed in a small portion of the screen and you can press the tab to enlarge it again.