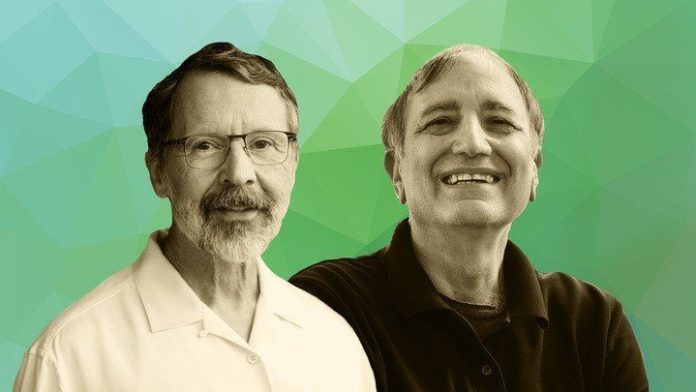 Behind the development of Pixar’s animations, two pioneers Edwin Catmull and Patrick Hanrahan are the names behind the 3D graphics techniques currently used by the film industry. The two names behind the revolutionary graphic technique have now been awarded the Turing Prize.

Pixar was founded by Edwin Catmull. Catmull hired Patrick Hanrahan in 1986 after founding Pixar. The two names have begun to work on the development of lifelike animations after this date. At the heart of Pixar’s founders’ work was building materials and lighting models that would be used to create lifelike images.

Patrick Hanrahan was the leader of the team that developed RenderMan, a software that converts images into realistic animations. RenderMan determines which animations created will be with images in a frame and ensures that animations are drawn and colored.

RenderMan, developed by Hanrahan and his team, has become an indispensable software for the film industry in the following years. In 2001, RenderMan became the first software to win an Oscar. There are RenderMan behind the films like Jurassic Park, The Lord of the Rings, Titanic, Toy Story. In fact, RenderMan was used in 44 of the last 47 films nominated for Oscar Awards in the field of visual effects.

As part of the ARPA program at Utah University in 1970, Edwin Catmull developed the method of creating inclined surfaces in computer environment. Until then, only straight lines and polygons could be created by computers. In 1972, Catmull produced a short film called “Computer Animated Hand”, one of the first examples of computer animation history.

Catmull is behind many computer animation enhancements with Hanrahan. The two were also behind Toy Toy, the first animated film made in 1995, at the end of their long working adventure.

These two names, who have made great efforts to become animated films and visual effects, are now awarded with the $ 1 million Turing Award given to Alan Turing, the founder of computer science.

Disney +: Why was Moana renamed Vaiana?