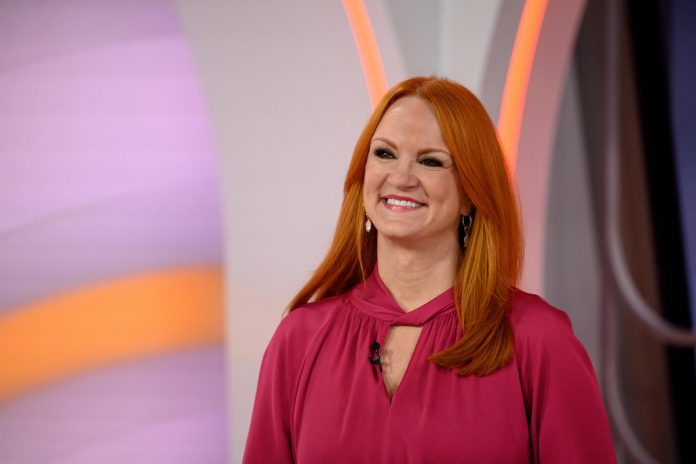 Ree Drummond has the perfect way to season corn on the cob — her grilled street corn recipe is sure to be a hit at your next barbecue. The “Pioneer Woman” star said that a light side dish is “probably my favorite thing.”

Drummond demonstrated how to cook her simple street corn recipe during an episode of “Pioneer Women” dedicated to cooking a grilled dinner for hungry cowboys working on a ranch.

“The next thing I’ll put on the grill, maybe my favorite thing is street corn,” she said. “I think the grilled corn is delicious enough, but I made a grate and spread it on the corn outside. It pretty much turns corn into a miracle.”

Drummond spread the spicy mixture on the corn cob halves and placed them on a medium-power grill for 6-8 minutes, turning them over in the middle of cooking. She finished the corn, sprinkling lime juice on top. “It adds such an amazing poignancy,” she said. “And I think that’s probably my favorite part of street corn—crumbled kotiha cheese.”

The Food Network host sprinkled cheese on corn before serving. “This street corn is so good for parties, and this cheese makes it so festive and beautiful,” she said.

If you’re looking for another version of fried corn, Drummond has the perfect side dish. The star of the “Pioneer Woman” prepares a salad of corn and pumpkin, which begins with a fragrant marinade, which also serves as a salad dressing.

“It’s really delicious, with a great Mexican flavor, and of course I grill it,” Drummond said. “Grilled salad is not something I cook every day, but I really like this one.”

“Grilled vegetables are such a treat for me. I love making a salad out of them,” the Food Network star said. “And it’s great if you’re having a big party, because you can just fry as many vegetables as you need. And you can collect it quite early, before the guests arrive.”

She continued, “Grilled vegetables are delicious, whether they’re warm or at room temperature. You can even grill vegetables the day before and store them in the refrigerator.”

The vegetables are grilled for just a few minutes, and then Drummond collects the salad.

The rest of the side dishes are prepared in just a few minutes. Drummond poured two-thirds of the dressing over the corn cobs, zucchini and zucchini in a bowl. “I just cut the corn cobs in half and then cut long strips of pumpkin and zucchini,” she explained.

Drummond fried them for 2.5 minutes, turned the vegetables over and cooked for another couple of minutes.

She made a wonderful salad by putting sliced tomatoes on a dish, sprinkling them with salt and pepper, and putting corn and zucchini on top. The Food Network host sprinkled the remaining dressing on top and added crumbled queso fresco cheese and cilantro leaves.

“Imagine it at a big party. It’s just great,” Drummond said. “I like the food to be beautiful and delicious… and quite tasty.”