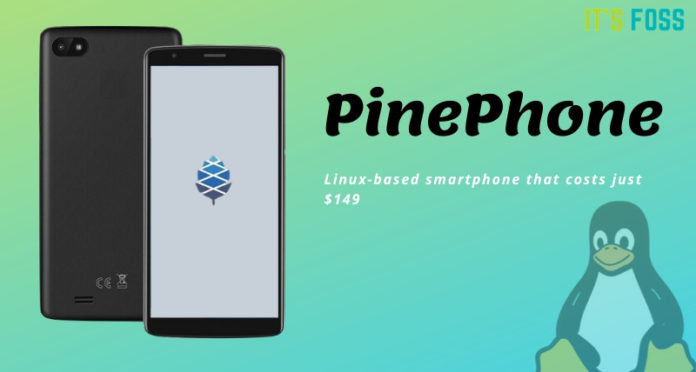 Pine64 announces its smartphone “PinePhone”, which runs on Linux operating system. The phone, which can be purchased for only $ 150, seems to be preferred by users bored from iOS and Android, although it has poor hardware features.

To be honest, the smartphone called “PinePhone” has little opportunity to compete with other devices in the industry. Because this phone is inadequate both in terms of hardware features, operating system and the applications it supports. However, the affordable price of the phone may attract the attention of consumers who are bored with both operating systems.

Introducing PinePhone running on Linux operating system
PinePhone has a 5.9 inch screen. This screen offers consumers 720P resolution and has an LCD panel. Also, this phone comes with 2 GB of RAM and 16 GB of storage. Powered by the 4-core Allwinner A64 processor, the phone comes with cameras with a resolution of 5 MP on the back and 2 MP on the front. Despite all these features, PinePhone can be charged with USB Type-C input.

The most remarkable point of PinePhone is that it works with different operating systems. So much so that if you have this phone; You can use operating systems such as Aurora OS, Ubuntu Touch, Sailfish OS and Plasma Mobile. So this phone has been developed for smartphone users who are a true Linux enthusiast.

If you want to buy PinePhone with Linux operating system with all these features, you need to pay 150 dollars. But let us remind you once again that you should think about it before you have this phone, because this phone is not very suitable for daily use.