Home Entertainment Pikmin 4 has been waiting for a long time 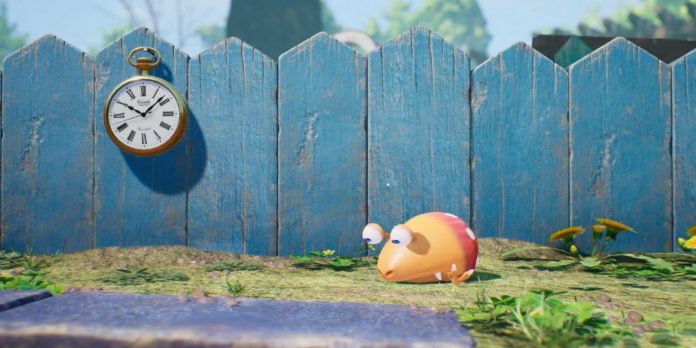 Pikmin 4 has finally been officially announced. Halfway to Nintendo Direct in September 2022, the creator of the series Shigeru Miyamoto presented preliminary footage and screenshots for the upcoming game. Thanks to a new camera angle mounted behind the player’s back to highlight the gigantic scale of the planet Pikmin, Pikmin 4 is now coming out in 2023. Not much is known yet, but Pikmin fans everywhere were thrilled to see the real sequel to the franchise.

It was a long time ago: Pikmin 3 was released in 2013. Pikmin 4 was actually announced in 2015, but so far nothing has come of it. Fans were puzzled by this premature announcement, especially because Miyamoto stated that the game was “close to completion.” It is unclear if this was meant for the 2017 spin-off Hey! Pikmin is on 3DS, but this quote has been haunting fans for many years. The Pikmin franchise is finally moving forward, and players can’t wait to see what will become of the world of Pikmin in its new chapter.

The history of the absence of Pikmin 4

The first Pikmin game was released shortly before the launch of the GameCube in North America in late 2001, and the second was released in 2004. The puzzle-oriented treasure hunt and real-time army management simulator surprised many Nintendo fans who were initially attracted to the beautiful world of Pikmin and cute characters. The little that was written there turned out to be surprisingly smart and authoritative, and Olimar had a unique voice among the mascots of Nintendo. Pikmin 2 polished a lot of systems and introduced a second character for multitasking and multiplayer. While the series stalled as both games got New Play Control! releases on the Wii, the third game was not in high demand.

Pikmin 3 came out almost a decade after its predecessor, and many aspects were improved again in the 2013 release. With three characters and a lot of improvements, the game turned out to be a worthy successor. However, this is where Pikmin has stalled. After the release of Wii U in 2014, several short films were released, and at the end of 2015, the infamous Miyamoto quote followed. Pikmin 4 felt like Metroid Prime 4 or Bayonetta 3 as games that would seemingly never get updates, and two extra years of Miyamoto insisting that Pikmin 4 was in development didn’t help.

After the unimpressive 3DS spin-off and the recent Pikmin Bloom mobile game, it seemed that Pikmin 4 might have been quietly canceled. Some hope appeared with the release of Pikmin 3 Deluxe in 2020, but by that time fans already thought that the success of Deluxe could determine the fate of Pikmin 4. Fortunately, the long-awaited sequel finally appeared and dispelled these worries.

Excitement is still high for Pikmin 4

Despite the fact that Pikmin was not one of the best-selling Nintendo franchises, it made a noticeable splash in the gaming industry. In fact, he codified a subgenre of real-time strategy games in which the player could complete action-oriented levels while simultaneously commanding an army and solving puzzles. Titles such as Overlord, Little King’s Story, and Kena: Bridge of Spirits borrowed ideas from cult classic GameCube games, and later Tinykin also referenced direct inspiration from Pikmin.

Despite the fact that requests for Pikmin 4 in every Direct faded away along with the growing hype around The Legend of Zelda: Tears of the Kingdom and Metroid Prime 4, the fandom never forgot about it. The passion for Pikmin was so great that a small community of modders appeared, and several remixes of the games were released. There is not much that could be a suitable replacement for Pikmin, as the way it asks players to use different types of units on the fly is difficult to reproduce. It’s unknown what Pikmin 4 will bring to this formula, but at least Nintendo fans can cross off another white whale from their waiting list.

Pikmin 4 will be released in 2023 for the Nintendo Switch.

On the eve of “Scream 6” Hayden Panettieri talks about addiction...

How did Henry Creel get his powers in “Very Strange Cases”?