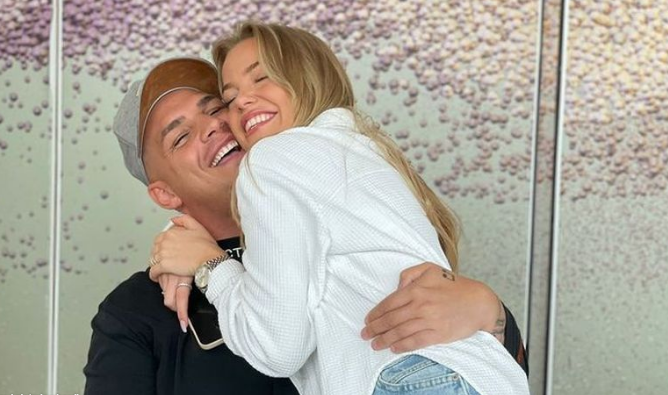 It probably wasn’t my decision of my own free will! Pietro Lombardi (30) and Laura Maria Ripa (26) had a temporary relationship for a long time until they announced in June that they were back together. Then another hammer news followed: the singer and the influencer will have a baby! The DSDS star actually said he wanted to keep his personal life a secret. But Laura and Pietro had to make their relationship public!
The expectant mother told about this during a question and answer session on Instagram.

“Someone from our inner circle told the newspaper that I was pregnant, and therefore, unfortunately, we had no choice but to inform you that we are together again,” Laura replied to a subscriber who wanted to know so early if she was her Love. “I wanted to make it public. She and Pie really wanted to enjoy this alone for a little longer.
This year they found each other again. About six months later, a love walk came. “We kept in touch because for some reason we couldn’t let each other go, and then it became clear from numerous discussions that we would try again,” Pietro explained at the time.

Does it surprise you that Laura and Pie really wanted to keep their love affair a secret?