Home News Pierce Brosnan: “I got a platinum album for ‘Mamma Mia!’ — so... 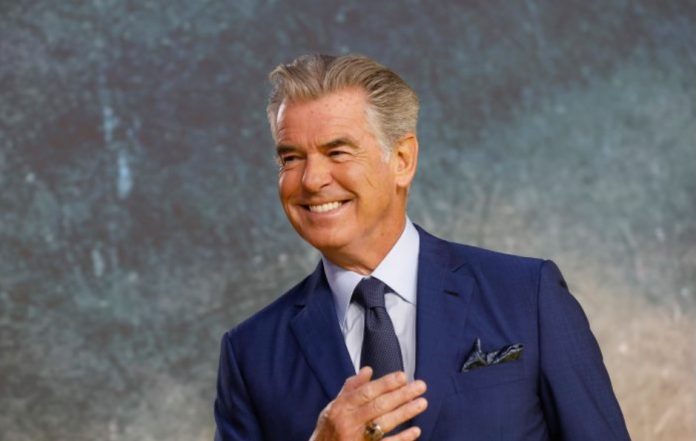 007 himself talks bands, ‘Black Adam’ and why he can’t stop singing ABBA bangers

Even before we enter the room to interview Pierce Brosnan, he is already chatting in the hotel hallway. “I used to read NME religiously,” he says thoughtfully, looking like a classic rock dad in black jeans and brown suede boots, with a polka dot tie tucked under a denim jacket. “I was fond of my bands.”

Brosnan, now an elderly Hollywood statesman, spent his early years in County Meath, Ireland, before his mom moved the family to London so she could work as a nurse in the 60s. It was there that he studied art. Fast forward to 2022, and he’s grossed more than most actors you can think of. There was a thriller about robberies “The Thomas Crown Scam”, an action movie “Dante’s Peak” and, of course, four James Bond films. Oh, and don’t forget that ABBA is smashing Mamma Mia!, and Mamma Mia: Here We Go Again!

Now the gray-haired sixty-year-old man faces another test: his first superhero movie, “Black Adam,” which he has to promote. Although when he finally lets us sit down and talk, it becomes obvious that instead he would rather tell us about his favorite rock stars…

Have you always been fond of music?

“I went to the lyceum in the late 60s. I’ve seen Nick Drake, and not many people can say that. My son Dylan [the musician] was very impressed. But here, the “New Musical Express” is still working!”

Yes, we’re still here! Did your son get his musical talent from you?

“Oh, no. I tried to play guitar and failed miserably. I didn’t want to be in groups. But I love music. Music is an integral part of my creative process and my life. I listened to John Peel late at night [as a kid]. John was my guru. I was 11 years old when I left Ireland and came to London. This was the promised land. My friend and I, Stuart Turner, who lived across the street from me in Fulham, went to concerts together.”

What is your biggest memory of the performance?

“I remember seeing Pink Floyd with Syd Barrett. Sid was sitting on the side like a gnome. The light shows were just beautiful. They played “Set The Controls For The Heart Of The Sun” [from their 1968 album “A Saucerful Of Secrets”]. It was amazing. I didn’t take any drugs, I didn’t smoke. You didn’t need it at all. The thought of taking mind-altering drugs really scared me, since I grew up Catholic in Ireland [laughs]. I remember we were going back to [my friend] To Stuart. He wanted to be an artist, and I wanted to be an artist. We had an old projector, and oil paints could be applied to the slides. Then you’ll put them on a hot bulb, and, Bob your uncle, you’ll have your own light show!”

Have you ever met Pink Floyd?

“Yes. Drummer Nick Mason. There was a time when we met in the late 80s. He’s absolutely adorable. However, he didn’t try to teach me how to play the drums.”

Have you met other famous rock stars?

“I met Roger Dolteri. We met through a mutual friend. It was one summer in Malibu, California, and we kept seeing each other, having lunch, and then hanging out a bit in London. He’s really nice and we got along well—a solid guy. He was all over the block and saw everything possible.”

Have you been offered to play a musician in a biopic?

“No, Mamma Mia is closest to singing, and I like it. You know, I got a platinum album for my singing, so to hell with the dissatisfied! [chuckles again] I have to sing with Meryl Streep! It was the last thing I expected, but I kind of got it. I got the joke, karaoke of it all. They didn’t hire me for my singing, but I liked it anyway. I have no desire to play anyone in particular. I mean Elvis, but he was shot by [Austin Butler in Baz Luhrmann’s Elvis], beautifully.”

And finally, do you know about the Internet fandom that has grown up around you, the 1988 action thriller “Taffin”?

“Yes, I heard that this movie has become a cult. I did it in Ireland many moons ago with sweet, beautiful Alison Doody. And it was directed by Francis Megihi, who has now left us. There’s a line in it that I’m shouting out. I can’t remember what that line is, but it’s just crazy, isn’t it? It’s a glory that I’m still sitting at the table and doing what I love. So yes, Taffin lives. Who would have thought?”

Zack Snyder version of the Justice League movie will be released...