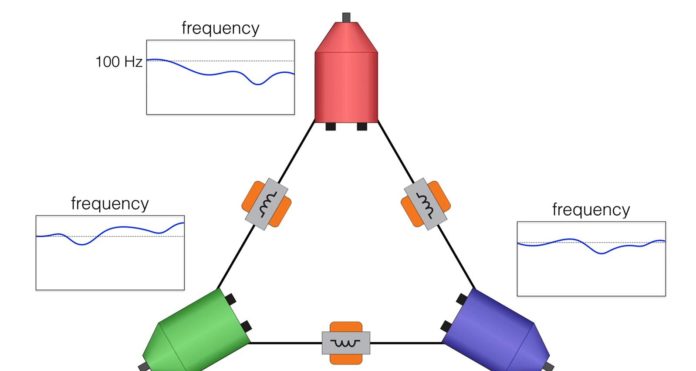 Scientists have revealed how differences in the system make the system perfect. According to physicists, different parts work more harmoniously.

Physicists have experimentally demonstrated that some systems with interacting entities can be compatible only if the entities within the system differ from each other. Researchers from Northwestern University have added a new dimension to the importance of diversity, showing that flaws can be perfect.

The finding provides a new understanding of how the common functioning in nature from insects to cells can emerge. Adilson Motter, a professor of physics, who led the research, said that identical beings behaved in the same way until they started interacting. Just like flashing fireflies or pacemaker cells that work together to create a heartbeat.

“When identical entities interact, they often behave differently. But if we are different from each other, we have identified scenarios where they behave the same,” Motter said. said. This discovery can help situations where many parts that interact in human-made systems must remain compatible with each other. Researchers can also find out how different groups of people can be coordinated to reach consensus.

Motter and his colleagues used 3 identical electric generators in the study. Each generator was operated at a frequency of 100 revolutions per second. While the generators were separate, they behaved the same way. When they were connected to each other in triangular form, their frequency deviated. However, the generators were synchronized again when they had different energy distributions.

Physics professor Ferenc Molnar suggested that this can be visualized by placing a small lamp between each generator pair. When the generators are identical, the lamp flickers, so the generators are out of sync. When the energy distribution of the generators is adjusted to different levels, vibration stops and generator voltages appear to be synchronized. Researchers describe this situation as “breaking the reverse symmetry”.

Motter’s team plans to investigate the effects of their findings on social, technological and biological systems. The team is actively working on a more stable power grid design that will increase energy sharing in renewable sources.

NASA’s Flying Telescope View the Center of the Milky Way in...