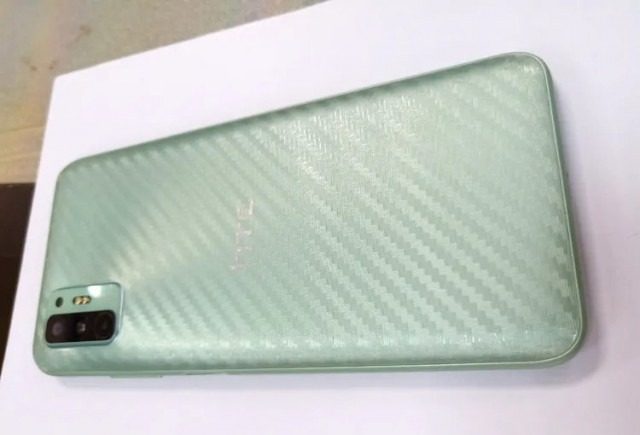 HTC only released two smartphones in 2020. However, 2021 seems to be a bit more active for the Taiwanese producer. The photos, which are said to belong to the phone, which is expected to be located in the middle segment and bear the name HTC Desire 21 Pro 5G, have leaked to the internet.

Although the original source of the leak has been removed, it is still possible to view photos on SlashLeaks. The smartphone with model number 2AQAG100 will come out of the box with Android 10 operating system.

Nothing unusual stands out in the design of the front of the phone. The screen looks pretty standard, with the thick bezels and the front camera placed in the middle. The glare seen near the edges makes us think that HTC preferred the IPS LCD panel. When moving to the back, it is seen that the mint green panel has a carbon fiber texture. In the quad camera system, the 48 megapixel camera is the main camera. The fingerprint scanner is not visible, suggesting that HTC has integrated the sensor into the power button.

There has never been a leak about the HTC Desire 21 Pro 5G before. Therefore, there is nothing but these photos available for now. However, it will not be a surprise that new information will emerge in the coming period.

There will be no need to download applications with iOS 14!