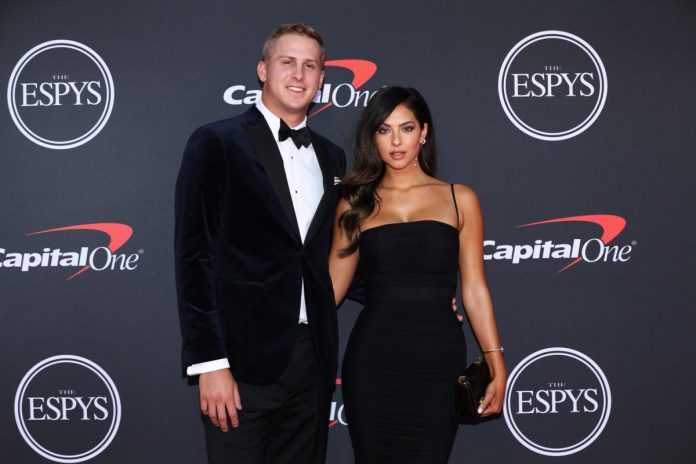 For the second time in several years, quarterback Jared Goff is participating in the show. Two years ago, he and the Los Angeles Rams were honored with a documentary series set during training camp.

At that time, the attention of the public was attracted by Goff’s girlfriend, model Kristen Harper. Now she’s one of Sports Illustrated’s most recognizable swimwear models.

Goff and Harper have been together for the last few years.

In the 2021 season, she was asked about moving from Los Angeles to Detroit.

“To be honest, I like the change of pace,” Harper said when asked if she misses Los Angeles.

Here’s another thing she said via the New York Post:

Harper explained that living in Detroit gave her “the opportunity to slow down and focus on things that I couldn’t do for a long time because of the fast pace of life in Los Angeles. Of course, I miss my friends and family, and I’m sure I’ll start missing the sun, but honestly and truly love it here,” she said.

Harper, along with the rest of the country, will be watching Hard Knocks begin at 22:00. ET on HBO tonight.

Look: Sydney McLaughlin hints at a big step forward in the...