Home Tech Photorealism: This Is The New Software To Create Faces In Unreal Engine... 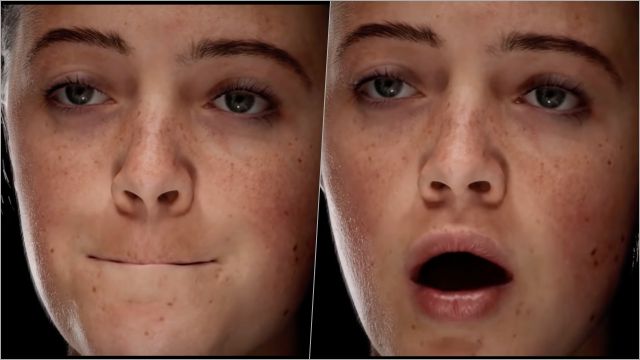 Photorealism: Ziva Dynamics publishes a new version of the so-called ZRT Face Trainer, which through machine learning is capable of achieving these great results. One of the futures of technology inevitably passes through the approach to photorealism. Not only in the video game sector, but other audiovisual artistic manifestations. Unreal Engine 5 is Epic Games’ next generation graphics engine, currently in the hands of some developers. In the case of Ziva Dynamics, the new beta of the ZRT Face Trainer software helps us to understand that it is not an exaggeration to say that reality and fiction are less and less separated.

According to the information, advanced by DSOGaming (via Destructoid), the mechanism of this tool is based on a facial rigging based on the cloud and trained by machine-learning. That concept, rigging, is “the process of creating a system of digital controls and adding them to a 3D model so that it can be animated easily and efficiently”, as defined in Artzuza Animation.

Real-time facial playback at 4K resolution and 60 FPS, the future that lies ahead

The result speaks for itself. This ZRT Face Trainer uses a comprehensive 4D data library and machine learning algorithms. Within an hour, your character’s mesh is injected with the best technology in the gaming industry. ”

As additional details, the ZRT Face Trainer is housed in a 15 TB library of 4D scanned data, a truly extraordinary weight. In addition, the facial puppets used can be expressed in more than 72,000 shapes and poses. Its movement speed is also extremely fast – 3 milliseconds per frame on a single CPU core. Maximum optimization.

It is expected that we will see the first results of video games developed under Unreal Engine 5 in 2022. Companies like The Coalition (Gears) work with this new tool; In addition, Fortnite has already announced that it will transition to UE5 soon.