Home Sport The Photo Of Zidane And Pogba That Gives Rise To New Speculations... 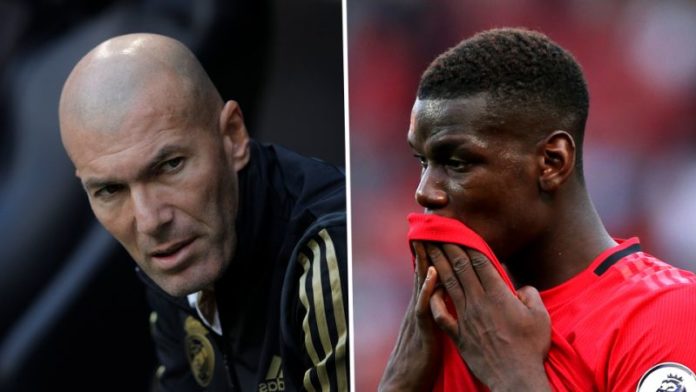 Zinedine Zidane and Paul Pogba met again in Dubai in an image captured by the British newspaper The Mirror. Their meeting has given rise again to all kinds of rumors about the signing of French by Real Madrid.

The Madrid coach was in the emirate where he attended a conference on Artificial Intelligence while the Manchester United player is treating his ankle injury in that town.

Since last summer, the interest of Real Madrid has been talking about Pogba, an interest in which Zidane himself emphasizes that he would have ruled out some possible signings for trying to get his favorite Pogba.

The truth is that United did not accept the offers of Real Madrid and the player did not move from England while Real Madrid stayed with just four pure midfielders to face the season.

For his part, the white coach wanted to deny any approach to the player.

“It was pure chance, I was there and as we know each other we talk. They are personal things that we are not going to tell. We have known each other for a long time, we crossed and we talked,” he said at the press conference prior to the white party in Majorca.