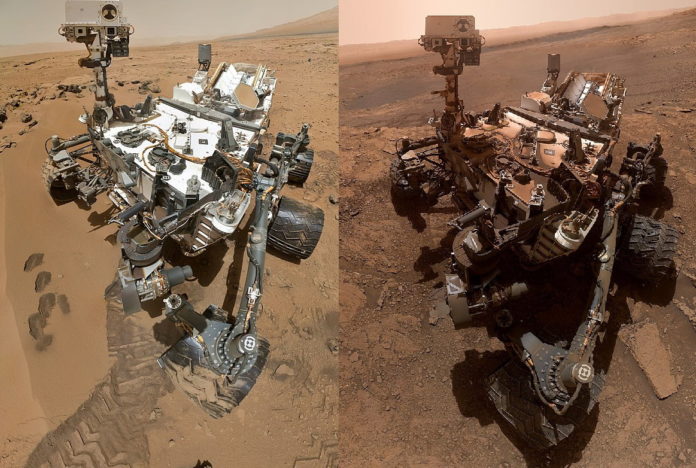 NASA’s exploration tool Curiosity landed on Mars in 2012 and has been on the Red Planet for more than 7 years. The photos that brought the robot’s first landing and final version side by side became viral on the Internet.

NASA’s Curiosity spacecraft has been on Mars’ surface for more than seven years. Investigating the history of the Red Planet and whether it is suitable for human life, the traveling robot sends its collected data to the Earth by examining the climate and geology of Mars. When he spent all this time on the dusty surface of Mars, he did not leave any traces of his body’s bright, metallic appearance on the first day.

Curiosity did not neglect to take a selfie once in a while while exploring Mars. An image taken by the robot shortly after landing on the Red Planet reveals its shocking transformation compared to its recent appearance. The benchmark photo was first published on Imgur and then shared in the space community on Reddit. Bringing the first and last version of the spacecraft together, the photo received more than 70,000 positive votes.

Curiosity was launched into space on November 26, 2011 and landed on Mars on August 5, 2012. Following the path of its predecessors, Sojourner, Opportunity and Spirit, the Mars 2020 navigator, which is scheduled to be sent in July, will follow. Curiosity, about the size of a car, was sent on a 2-year mission to find out if Mars’ environmental conditions are conducive to life. But then his mission was extended indefinitely and for more than 7 years he has been wandering on the surface of Mars to search for clues and collect evidence.

The rover robot served with Opportunity before catching one of the dust storms on the Red Planet before disconnecting. Curiosity took the last selfie image to Earth on October 11, 2019. The robot uses a camera called Mars Hand Lens Imager, which is placed at the tip of his arm to take photos. Curiosity will soon work with the Mars 2020 spacecraft, but it seems to remain a bit dusty next to its new friend. 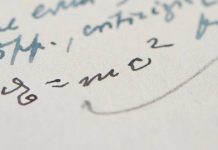 Einstein Letter With Equation E = mc² Is Auctioned For $ 6.4 Million 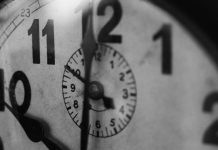 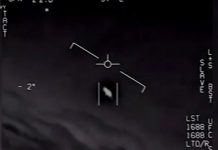 Italy Begins to Return to Normal From Tomorrow