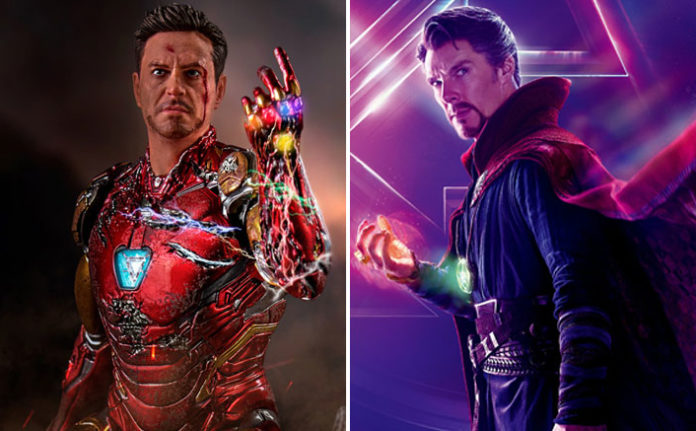 Avengers: Infinity War screenwriters shared the photo of the mysterious wizard of the Marvel universe, Doctor Strange, in the Iron Man armor. Previously, the square, which we encountered only with concepts, appeared in a movie, too.

A keyframe of the Mk50 Iron Man suit forming over Dr. Strange, protecting him from Ebony Maw’s magic needle torture. Check out my friend and colleague @johnstaubart ‘s Instagram for keyframes of “Iron Strange” and Tony wearing the cloak for a taste of how cool this cross-over team-up could have been. #avengers #avengersinfinitywar #mcu #ironstrange #ironman #marvel #marvelstudios #marvelvisdev #conceptart #drstrange

The scene in question was filmed after Iron Man and Spider-Man rescued Strange from Ebony Maw’s ship. “I mean, there were other versions of this rescue operation. Some were too great and too long to be featured in the movie. But still, one can imagine …” McFeely said yesterday.

Doctor Strange’s concept in Iron Man armor first appeared in an art book designed for Avengers: Endgame. In the image in the book, Strange was wearing Iron Man armor, while Tony Stark appeared in the wizard’s cape. Then Marvel Studios visual development artist Phil Saunders added new works to this concept on Instagram, which you can see below.

Saunders stated in his concept work that Iron Man’s Mark L armor protects Doctor Strange from the attack of Ebony Maw. The concept was called Iron Strange. Eventually, the screenwriters could not stand and revealed the starting point of the concept with a backstage photograph. Avengers: Infinity War will arrive on Disney + on June 25. Avengers: Endgame, on the other hand, took its place on the popular broadcasting platform.

The reason the animated ending isn’t going too well