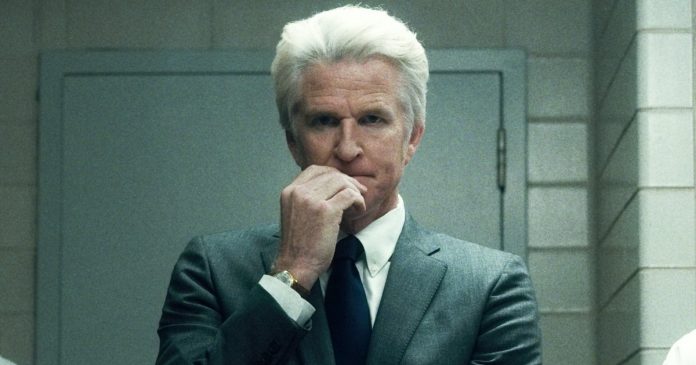 The fourth season of Stranger Things is currently in production, and a new batch of photos from the set, which were leaked by fans anonymously, seem to confirm the return of a truly influential character from the first.

Unfortunately we are not talking about Barb (Shannon Purser), while Barb’s return would certainly be welcomed by almost every Stranger Things fan on the planet, this return of the character is a bit more important to the story of the series itself. That said apparently Brenner (Matthew Modine) is back at Hawkins.

This is because in a couple of photos posted on @stranger things4.updates’ Instagram account, Matthew Modine can be seen near the set of season four, the actor is wearing a mask, as everyone should, but clearly it’s Modine. This probably means that we will see Brenner appear in some form in the fourth season of Stranger Things.

So it could be that Brenner is just in some key Eleven flashbacks. That would not be out of the ordinary, nor would it add wrinkles to the story. On the other hand, if he appears in the show’s current timeline, something bigger is likely going on.

Recall that Modine teased Brenner’s return in 2019 when Stranger Things season 4 was first announced. In turn, the actor quoted the tweet with the announcement of season 4 and added the message “ding dong”, hinting that his character could return.

There are some Stranger Things fans who believe that Dr. Martin Brenner was teased at the end of season 3. When the Russians refer to the American in the final scene, they are supposed to be talking about Hopper.

However, there are theories that suggest that Brenner is also a captive in Russia, having been captured after disappearing in the Upside Down.

As of now, there are no plot details available regarding Stranger Things season four, we only know that Joyce (Winona Ryder), Will (Noah Schnapp), Jonathan (Charlie Heaton), and Eleven (Millie Bobie brown) will be in a new home away from Hawkins.

Such a great sun: Johanna getting closer