Home Tech The phones that Xiaomi will introduce have leaked! 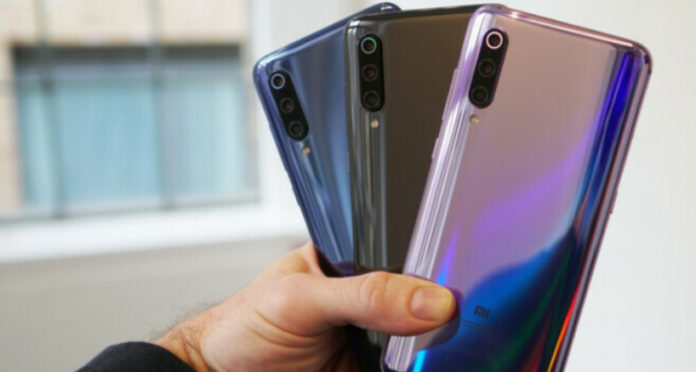 The phones that Xiaomi will introduce have appeared! The models that belong to both Xiaomi and Redmi have been released. According to the information revealed, the models will meet with users in the third quarter of this year. He wants to talk about the company name with the upcoming Xiaomi models.

The models released will be introduced in July, August and September during the current year. Some of the same models will be released under the name Xiaomi or Redmi.

The list of phones that Xiaomi will introduce
Together with Xiaomi, the models to be announced by the sub-brands Redmi and Poco have emerged. Among the models that have been uncovered are those previously known. However, it is noteworthy that there are models that have not appeared before. The source, which released the models, claimed that it received this information from an encrypted email of a Xiaomi employee. Here are those models.

Xiaomi models coming this year
Xiaomi Mi 10T: This model will come as a continuation of the Xiaomi Mi 9T. In addition, this model was released in some countries as the Redmi K20. Again, there is a possibility that the model will be released as Redmi K30.

Xiaomi Mi 10T Pro: The next version of Xiaomi Mi 9T Pro, the model can also be offered to some countries under the name Redmi K30 Pro.

Xiaomi Mi 10S: This model is claimed to have a large screen. Again, it is claimed that this model will be sold in some countries under the name Redmi X10 or Poco F2.

Xiaomi Mi 10S Plus 5G: This model is expected to be the 5G supported version of the Mi 10S. It is said that it can be sold by adding “5G” in addition to the same names.

Xiaomi Mi 7 (2020): The company may be working on the “7” series that it has not announced before. Xiaomi Mi 8 was introduced instead of this model.

Xiaomi Mi MIX 4 and Mi MIX 4S: This will be the name of the upcoming models in Xiaomi’s highly popular phone series.

Xiaomi Mi 10 Lite: Xiaomi Mi 10 had become a very interesting model. The “lite” version will meet users on the phone, which draws attention with its performance.

Xiaomi Mi Zero: The model without any information is said to be a concept design.

Redmi nodels coming this year
Redmi stands out as a sub-brand that has been successful in many countries. 4 new models are expected for Redmi. Here are those models.

Redmi 9 and Redmi 9A: After the Redmi 8 series achieved quite high sales figures, the company started to develop new members of this series. Previously, information about this series had come.

Redmi Note 9S Plus: This model is expected to be released after a few changes on the Redmi Note 9 Pro Max.

Redmi X10 4G: Redmi is getting ready to start the X series. There is no information yet about the X10 model, which will be the first in the series.

Poco models coming this year
Poco is also a sub-company operating in some countries. With the work carried out in the past months, Poco was turned into a brand by itself. Here are the future models of this brand.

Poco X2 Pro: The Poco X2 was also sold in some countries under the name Redmi K30. The X2 Pro is also said to be the Redmi K30 Pro.