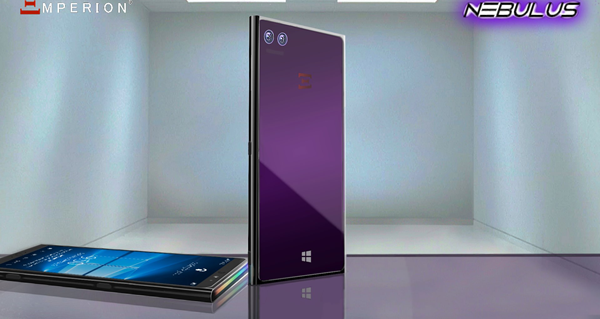 A UK-based company called Emperion announced a phone called “Nebulus”, which works simultaneously with both Android and Windows operating systems. Powered by a powered Snapdragon 845 processor, the phone will soon open to the pre-order system.

The US-based technology giant Microsoft has sought to bring the Windows operating system to smartphones many times over the past few years. Unfortunately, Microsoft’s initiatives did not find a response to consumers. Both the number of applications are not at the desired level, and consumers turning to iOS and Android platform rather than Windows pushed Microsoft out of the smart phone industry.

Now we will talk about a special smartphone developed by a company called Emperion. Called “Nebulus”, this smartphone has Windows 10 operating system. But Nebulus’s only ability isn’t to work with Windows 10. Emperion has set up such a system for this phone, which runs both Android and Windows 10 simultaneously.

Introducing Emperion Nebulus
The phone may be a little confused. You may be right about this, but there are still many details about Nebulus that you might be surprised. So much so that this phone is a modern device based on ARM architecture and does not run Android applications on Windows. In other words, the developer team has developed a system that you can use both operating systems at the same time. Thus, Windows 10 does not have an application developed for phones, it does not pose any problems for consumers.

Having all these features, Nebulus will be available for pre-order for $ 714. The time when the phone will be placed on the market and in which country markets it will remain is currently uncertain.