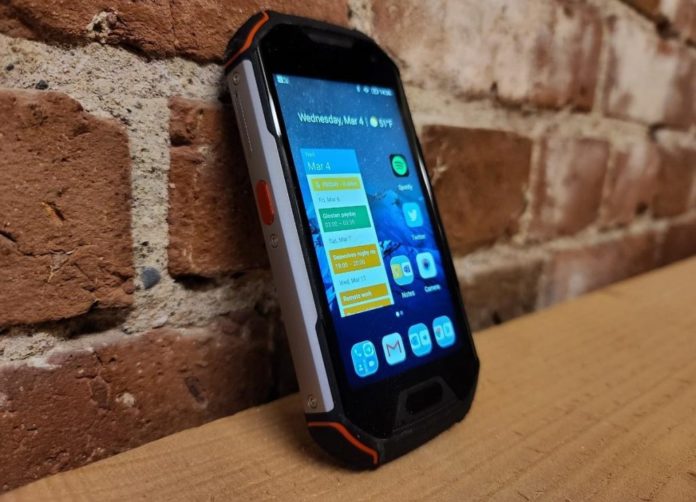 Smart phones, which are developed for use in difficult conditions, generally have low hardware features. However, a new phone called Unihertz Atom XL combines its superior durability with Android 10.

The mobile phone industry has undergone a drastic change over the years. Mobile phones that once called “Alo” only turned into personal assistants. As such, consumers have become inseparable from their smartphones. In addition, many smart phone manufacturers now encounter consumers with very large and very thin design phones. But now we will talk about a smartphone that is quite different from what we’ve used to date.

The phone called “Unihertz Atom XL” does not belong to any of the important phone manufacturers in the industry. The phone, developed as part of a project implemented through the online fundraising platform “Kickstarter”, works with Andorid 10. The phone, which has a screen size of only 4 inches, is called “XL” because the same developers have produced a 2.45 inch phone before.

Introducing Unihertz Atom XL
Unihertz Atom XL has IP68 certification, which shows that the phone is water and dust resistant. The developers have also designed the case of the phone quite powerfully and thus claim that it can be used easily in difficult conditions. The phone, which is designed to be used in terms of hardware features, seems to attract the attention of consumers.

Standing out with its robustness as well as its small screen size, the phone is powered by the MediaTek Helio P60 processor. That power; It is also supported with 6 GB of RAM and 128 GB of storage. The phone, which has LTE support that can be used anywhere in the world, also has a wireless feature. The phone, which has a single rear camera with a resolution of 48 MP, can also be charged quickly via USB Type-C.

Announced with all these features, Unihertz Atom XL can only be purchased through Kickstarter. The price of this phone, which can be purchased by supporting the developers’ project, is set at $ 259.

The threat of spyware on Android phones: think twice

A Bed Designed For Gamers You May Never Want To Get...