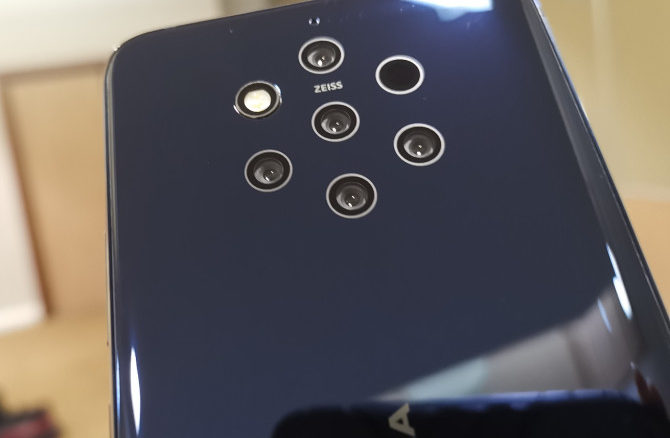 5 camera phones are getting more and more popular; Xiaomi and Nokia have already released the first models in the industry with 5 rear cameras. So what are the features of these devices? What do multiple cameras add to our lives? Let’s look for answers to these questions together.

We can say that we are now used to triple or quad rear cameras used in smartphones. Phones with a five camera setup are no longer a surprise. Brands are trying every way, including multi-camera setup to make the best smartphone possible to increase competition. Nokia launched the world’s top 5 camera phones last year, followed by Xiaomi. This year, 5 camera smartphones from Samsung, Huawei and more brands are expected to be released.

Multiple camera setup used at the last point of mobile technology; helped to place different sensors and lenses such as macro lens, ultra wide angle, telephoto, monochrome and depth sensor on smartphones. Let’s take a closer look at a few of these devices.

Nokia 9 PureView:
Nokia 9 PureView is recognized as the world’s top 5 camera phone. The device, which is slightly different from the Mi Note 10 series, comes with a Carl Zeiss optical lens and 5 12 MP sensors placed in a circular design on the back panel. The front camera of the phone has a resolution of 20 MP for selfie and video chats.

Huawei Mate 40 Pro:
Huawei’s upcoming Mate 40 Pro model is also expected to be a 5 camera phone. The company announced that it has received a patent that shows five cameras in the circular camera module on the back. Although the image of the device is not clear yet, it is said that Huawei is quite similar to the Mate 30 Pro model that came with four cameras last year.

This is the summary of the 5 camera phones known so far. We will continue to update this list as more models are released in the coming days. Stay on track.

Rose wants to dance like Lisa while still a trainee

Korean actors who wowed us with their charming voice

Bitcoin Can Go Beyond the Model Forecasting $100 Thousand in 2021