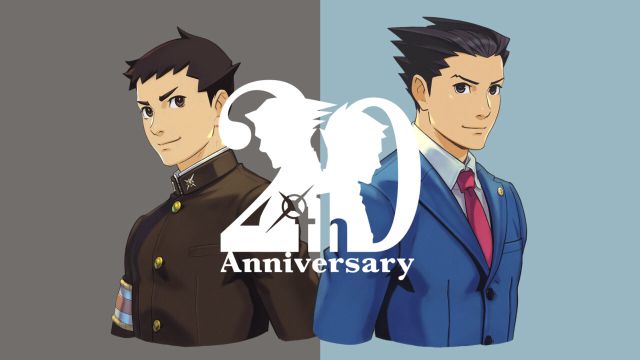 Phoenix Wright: The Japanese company celebrates the twentieth anniversary of the saga, started in GBa, and anticipates news on the web portal. Will there be any announcements? Capcom has inaugurated this October 12 the official website of the twentieth anniversary of Phoenix Wright: Ace Attorney. The anthological series of visual novels based on advocacy is twenty years since the premiere of the original GBA version of the same name, which recounted the origins of Phoenix in the judicial world.

According to the web portal, which includes a message from the developers thanking the constant support of their loyal community, there will soon be news in the History section and initiatives related to the anniversary. While the message from the developers ensures that they will continue to support the Ace Attorney series in the future, the announcement of any video game is not confirmed or anticipated. We have to wait, however, for possible new compilations or the long-awaited Ace Attorney 7, which would be the next numbered installment after Phoenix Wright: Ace Attorney – Spirit of Justice.

What can we expect from the 20th anniversary of Phoenix Wright: Ace Attorney?

The launch of The Great Ace Attorney Chronicles this past summer on Nintendo Switch, PS4 and PC – which includes the two TGA installments, Adventures and Resolve -, was a halo of hope for fans, who since the premiere of the last canonical installment for 3DS they are still waiting for the seventh part. The western premiere of the two installments by Ryunosuke Naruhodo, Phoenix Wright’s ancestor, was quite a surprise. We’re talking about games that only came out in Japan in 2015 and 2017, respectively.

So does this mean that we shouldn’t lose hope with more compilations? The community has two major signaled for the immediate future. On the one hand, a compilation of the original Nintendo DS spin-off Miles Edgeworth (the second was left alone in Japan), which would be a collection with the two Ace Attorney: Investigations.

Perhaps after the release of the second trilogy it would be the best time for that numbered seventh episode of the saga. The future, meanwhile, is unknown.

Eternals: Director Reveals That Film Will Have Two Post-Credits Scenes