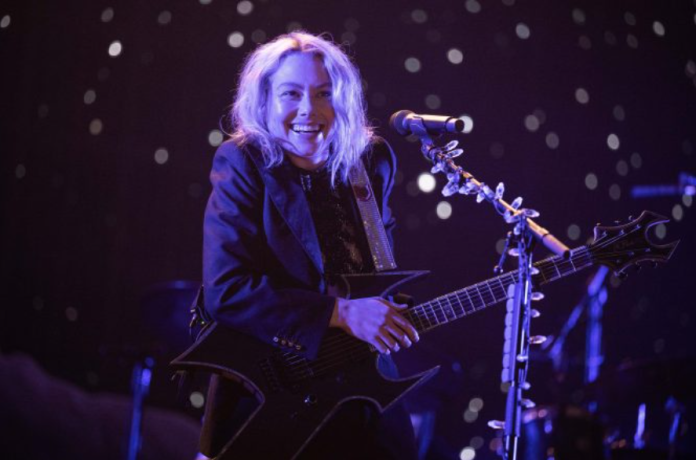 Phoebe Bridgers and Storefront Church (also known as Lucas Frank) joined forces for a cover version of Lowe’s 1994 track “Words”, released in honor of the late vocalist and drummer of the latter band Mimi Parker.

Parker died on November 6, he was diagnosed with ovarian cancer at the end of 2020. Lowe planned to spend this year on tour, but a number of concerts were canceled in August due to “recent events and changes” in Parker’s treatment, and in October, all remaining dates of 2022 were excluded from their itinerary.

In a statement posted along with the cover on Instagram, Frank wrote: “After Mimi’s death, I would like to dedicate this to her. Lowe’s music has been incredibly helpful to me; it’s like an antidote to anxiety, which is based on Mimi’s voice — soothing, cathartic and honest.”

About his decision to connect with Bridgers, Frank said that the couple have been friends “since we were little kids,” noting that he is “very grateful for her contribution and support both now and over the years.” He continued: “I’ve also known my co-producer Waylon [Rector] longer than ever, but this is our first official joint release of something, and I’m proud of the result.”

Frank himself also plays drums on the cover, while Rector plays guitars, Daniel Rhine plays bass, and Alex Fishel (the famous Spoon) plays piano. The strings on the track were also arranged and performed by Cynthia Tolson.

“Adding nostalgia to all of this,” Frank added in a statement, “the cover is made by graphic design master @jamsayne and contains a photo of my sister that my mom took 30 years ago.” He concluded his post with “heartfelt thanks to everyone who contributed to this song, Lowe and everyone who listens to it.”

Listen to Bridgers and Frank’s cover version of “Words” below, and then listen to Low’s original version (taken from their 1994 debut album “I Should Live In Hope”):

After Parker’s death, former bass guitarist Zach Sully shared a touching eulogy dedicated to her. “Like everyone who has ever listened to Lowe,” he wrote, “I am now mourning the loss of Mimi Parker. It hurts, and it really hurts. There’s no getting away from it, and no one should even try. I share this with each of you. If you know, you know. And there are so, so many that do. I can’t believe she’s gone.”

Other colleagues who paid tribute to Parker included Robert Plant and Susie Diane, who performed covers of two of Lowe’s songs — “Monkey” and “Everybody’s Song” — at a recent concert in Glasgow.