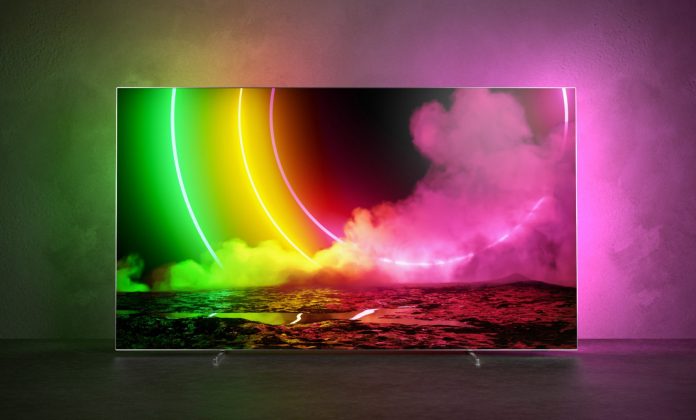 Philips introduced new OLED televisions with HDMI 2.1 and ambilight, which will go on sale in 2021 and range in size from 48 inches to 77 inches.

Philips, one of the most important actors of the television market, had great success with its OLED TV series. When the new OLED television models were introduced this year, it was noteworthy that the company chose 77 inches for the first time.

This year’s OLED televisions will include 48, 55 and 65-inch versions, as well as 77-inch models. In addition, these televisions with smart features will have Android 10 operating system, HDMI 2.1 connection and 4-way ambilight feature.

Philips today introduced the smart televisions it will launch in the first half of 2021. Televisions called OLED806 and OLED856 will replace last year’s OLED805 and OLED8565 models.

Although Philips OLED806 models will also have a 77-inch option this year, there will be no such option for the OLED856. Also, let us remind you that there is no 48 inch option in the second series. These models are expected to be announced in the second half of the year.

OLED856 has a V-shaped stand and chrome colors. The OLED806 comes in a two-pair leg design. When we look at image quality, sound and processor technology, we cannot see any difference between the two series.

In 2021, for the first time in OLED TVs, HDMI 2.1 support was introduced, while television supported broadcasts include 4K120, VRR, eARC and ALLM. In addition, according to the company’s statement, these devices will also include AMD FreeSync Premium Pro certification.

Philips OLED smart televisions will provide the high picture quality required by new generation consoles such as PlayStation 5 and Xbox Series X. In addition, on TVs that will be HDR10 + compatible, the processor will adapt itself while watching a movie thanks to the new technologies. Technologies that will prevent fixed images from damaging the device will also appear in these televisions.