Home Entertainment Phil Spencer and the Xbox Communication Shift: One for All 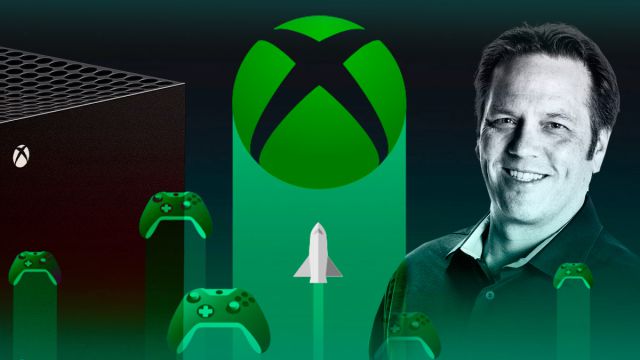 Phil Spencer: We delve into the evolution that Xbox has undergone in its quest to renew its identity, led by its current director and visible head.
“Our strategy is focused on the player, not the device.” A phrase that sums up a philosophy. Phil Spencer took over from Don Mattrick on Xbox seven years ago; a long-distance race where patience has been a fundamental element to build a building that now looks more like a skyscraper. Because from the idea of ​​understanding the word Xbox as a multimedia center where we can also play video games, we have moved on to an ecosystem that wants to be wherever you are.

Throughout these seven years the way of consuming video games has changed and, therefore, the way of serving those experiences must also evolve accordingly. That follows from his bet on Xbox Game Pass. It is of little use to look back beyond taking note of the mistakes made. The vision of the current head and visible face of that entity is peripheral. First, the future, which will be the one that guarantees a great present in a few years. On the other, converting its past into one more element of the present with a vitaminized backward compatibility.

In turn, the strategy is to stop counting millions of consoles; they want millions of players. The generational battle of the entertainment industry is about seeing which company is capable of capturing our attention for the longest time. Back in 2014 games were missing, with an Xbox One completely out of the game. However, on Spencer’s to-do list were video games first. To make video games you need studies. And to show the works of these studios a platform without barriers is necessary. Console, computer, mobile device. If it has a screen, Xbox wants to be there.

Let us understand how the Xbox brand has evolved during these seven years and how a philosophy based on the idea of ​​encompassing everything has been seeded, little by little.

The Xbox identity; a simmering process

Games, studies were lacking and brand value had been lost. From the progress of an Xbox 360 that fought for the leadership of the North American market to a panorama weighed down by the weight of a Kinect that few already trusted. Spencer assumed that the first thing was to convince Microsoft that it was necessary to focus the strategy on video games, create an environment that users chose first and recommended ahead of the competition. It wasn’t going to be an overnight change; many trips, conversations, steps and risks were going to be necessary. Japan out of orbit; The United States, again captained by PlayStation; Europe, intermittent. The reaction was not long in coming.

The new IPs of the premiere were of little use. Ryse: Son of Rome, Sunset Overdrive, the first Titanfall… Two years of many doubts and, most importantly, the loss of trust in a fundamental brand for the sector. This is how we got to 2016, which was not a bad year. Xbox One had Gears of War 4, Forza Horizon 3 and was supported by third-party works such as Overwatch, Battlefield 1 or Titanfall 2. It was not enough. Scalebound from PlatinumGames? Cancelled. We will agree, however, that the real changes began to be glimpsed in 2017. It was then that the starting gun was fired for a maneuver that set aside promises and went on to act.

In February, Microsoft announced the debut of Xbox Game Pass, a Netflix sort of video game limited to Xbox Insider members and a limited selection of titles. It went completely unnoticed, but the message was there: more than 100 Xbox One and Xbox 360 games in exchange for a subscription of $ 9.99. Spring passed and E3 arrived, Round 2.

Four names stood out during E3 2017 with a Spencer already at the helm; both from the Galen Center in Los Angeles and to appear before the media: Sea of ​​Thieves, State of Decay 2, Forza Motorsport 7 and Crackdown 3. But also Xbox One X, which came to give an answer to those who expected something more than a generation that many looked outdated since its release and where Xbox One S knew little. “I’m spending a lot of time on our first-parties right now. I think we have the opportunity to improve in the exclusive games arena and grow. We have great support from the company [Microsoft] to do it, ”he told Eurogamer that June. He wasn’t bluffing. “We have signed some things that we have not announced.”

Superman & Lois: First Trailer Of A Season 2 That Promises...