Home Sport Phil Mickelson reacts to changes on the PGA Tour in response to... 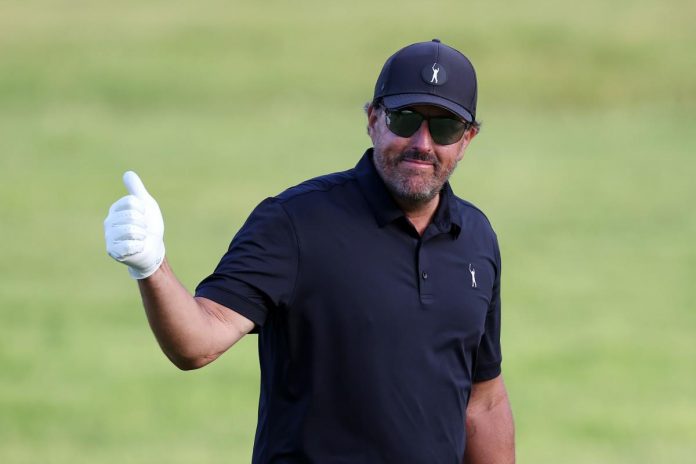 Phil Mickelson’s decision to join the LIV Golf tour was, to put it mildly, controversial. But since the PGA Tour is clearly making changes in direct response to the advances that LIV Golf is making, Mickelson has some thoughts.

In an interview with Sports Illustrated, Mickelson talked about some of the changes that the PGA Tour has been making recently that will directly benefit golfers. Although Mickelson did not call the PGA Tour’s decision an “excuse,” he was glad to see that the players were being listened to.

“I don’t think I would say an excuse. I would say that, on the whole, I am pleased that the best players who really lead the Tour and arouse interest are listened to. And what they do for the Tour is appreciated now. I’m glad to see that this has happened.”

Among the changes made by the PGA Tour are more favorable schedule changes, restructuring of Tour purses and temporary commitments of the best golfers on the tour. All this and much more is what Mickelson has stood for in the past.

The biggest problem that worries people is the source of funding — the royal family of Saudi Arabia, which has an ambiguous reputation in the field of human rights.

Few golfers have received as much money from the LIV Golf tour as Phil Mickelson. It’s been a point of contention ever since he signed up.

But if Mickelson’s goal was to improve the PGA Tour and the game of golf for everyone, then it looks like he’s already on his way to achieving it.