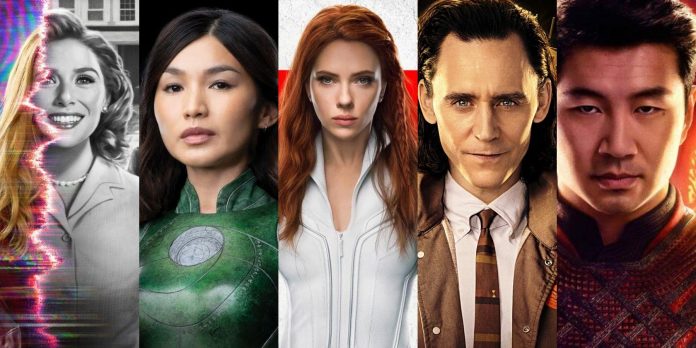 Looking back, as they say, 20/20. It’s easy to look back at a story or a franchise with a lot of love for the process they undertook, because in the end it worked. Sometimes this means that someone becomes more critical of the current releases, because the path they are following seems less obvious, without the opportunity to look into the future and find out how it will end. KVM recently entered a new era of their universe after the closure of the Infinity Saga with the movie “Avengers: Finale”. Marvel is notorious for tying up most of their movies and having a plan far into the future, and they really proved that with the “Finale” (either that, or they’re really good at making it look like the plan was there all along).

However, the newest phase that Marvel has entered seems a little less consistent. This is kind of the beginning of a new arch for the MCU, so it can be compared in some way to Phase 1 of the MCU, but so far it seems that it lacks the specific planning that was in the previous stages. Many films coming out at this stage are only connected by brief cameos, not comprehensive plot moves, and it’s hard to see where they’re going (unlike Phase 1, which eventually had a clear arc to the Avengers) . Does Marvel have a plan for phase four, or are they improvising this time?

Obviously, comparing Phase 1 and Phase 4 side by side is not exactly an accurate comparison, since the stakes and the general atmosphere around the MCU are very different from those that were in the late 2000s and early 2010s, when the MCU was in its infancy. infancy. MCUs, as a rule, have now figured themselves out better, but their ambitions have also become much higher and subsequently made it so that each release should be the biggest event possible. It’s a lot harder to get smaller, more character-oriented movies right now, even though even “small” Marvel movies have never been really small.

At the moment, many new Marvel movies and series seem mostly unrelated to each other. This would be perfectly normal if the entire Marvel branding wasn’t one big interconnected universe. They still deal mostly with cameos, which is fun, but becomes a problem when the big story itself isn’t really connected between the films. It seems that the MCU is just constantly introducing new characters, without having a plan for the future, how to combine them all together. In Phase 1, it seemed more obvious that all the solo films would team up, but maybe that was mostly because of the precedent in the comics, so fans knew that the Avengers would eventually form.

Right now it seems like Marvel is just pumping out as many new characters as possible, just to have a variety of tones and characters, and to give fans the heroes they’ve been asking for, but there’s still no announcement of a collaborative movie anytime in the near future. If they wanted to make another Avengers movie, it would be a little weird because of the strange collection of characters that are on their list, both new and old. Of course, Marvel is known to hide their plans, but if they really want to eventually make another Avengers movie, you’d think they’d want to tease him a little, or at least make it clear in the films’ storyline that the team… up may be an opportunity.

There were a few hints of the Avengers in Phase 1 before the team movie happened, and Nick Fury appeared in solo films to create the Avengers in the background of each individual story. Now there’s a random cameo in the story about the new character from someone who’s been on the MCU list for a while, but there’s no hint of a concrete plan for what to do with all of them.

It’s not even that the MCU needs to create a new Avengers team, but if they want to continue positioning themselves as a studio that produces interconnected films, they need to start actually connecting Phase 4, in addition to several films and shows (for example, how “Vandavision” and “Doctor Strange in the multiverse of Madness” go together. but not really related to anything else in Phase 4). Of course, not every film should be closely related, because in this case it risks being too difficult for new viewers and will prevent them from finding an entry point. However, if they want to eventually connect these stories, they need to start creating such an opportunity now so that it doesn’t seem forced when it actually happens.

Not only that, but the hints the MCU gives about its future plans point to about 3 different movies (or shows) that could happen, which is starting to make the universe feel overwhelming.

How the FF7 revival can bring back the hidden cut-out FF7...

Every rank in Pokemon Unite