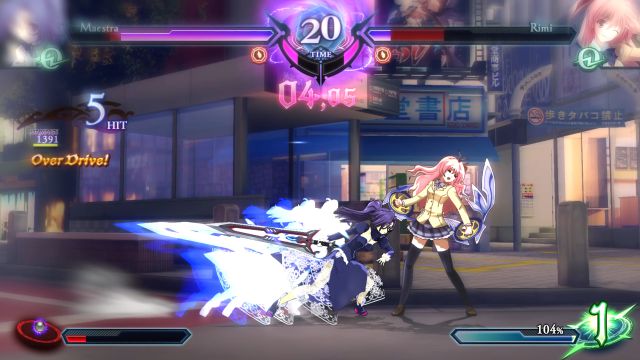 Phantom Breaker Omnia: We analyze the update of Phantom Breaker Extra, which is here to become a game with much more packaging and attractiveness. Although it is not a well-known saga, it has some history to its credit and is looking for a gap in the fighting genre with its latest iteration. Phantom Breaker Omnia, developed by MAGES, is a massive update of Extra, the previous installment, which goes beyond adding some characters (two), and seeks to rethink its gameplay with changes, character rebalancing, new mechanics and much more. A fighting anime that is not supported by a great manganime license behind it, but that wants, with its originality, to have its place in the genre.

And Omnia is, beyond looking at the previous installments of the series, an interesting game in some approaches, solid in game modes and visually attractive for lovers of anime style, although it does not achieve that fluidity and brilliance that we see in the ArcSystemWorks games (after all, although this is not the fault of the consumer, the budget and possibilities are not the same in both studios). So we find ourselves with a game with a template of 20 characters, all recovered from Phantom Breaker Extra and with two additions: Maestra and Artifactor.

Omnia’s playable base is already known not only by those who played its previous installments, but also by lovers of this type of game. We have three main buttons (soft, medium, strong) and a special button as main actions, to which some extra actions are added by pressing buttons at the same time. Its main claim is the simplicity and accessibility of the special commands. The movements of this type are made by pressing a direction and the special button (if you want an EX version, you must add the H button). So no crescents, no SRK or anything like that – it’s as easy as this.

It is not the only concession that is made to the most novice player. The character automatically blocks if he is not pressing anything (doesn’t happen with air or low hits) and makes throws with the forward or backward direction and the strong button when he is close. But it is in the combat styles where a certain differentiation is sought. In this installment we have three possibilities: Quick Style, Hard Style and Omnia Style.