Using the Metcalfe model, Timothy Peterson made an ambitious comment on the Bitcoin price. Peterson announced that the price of Bitcoin, which has been in the range of $ 10,500 – $ 11,000, could be $ 11,000 in two weeks.

Experienced analyst Timothy Peterson announced on Sunday when Bitcoin will rise. After the presidential debate in the USA, Bitcoin price advancing above $ 10,700 continues to test $ 11,000. Timothy Peterson said that this test will be successful within two weeks.

Timothy Peterson expects the Bitcoin price to rise to $ 11,000 by mid-October. But Peterson often emphasizes that he bases this comment on Metcalfe’s law and that his comment should not be taken as investment advice in any way. 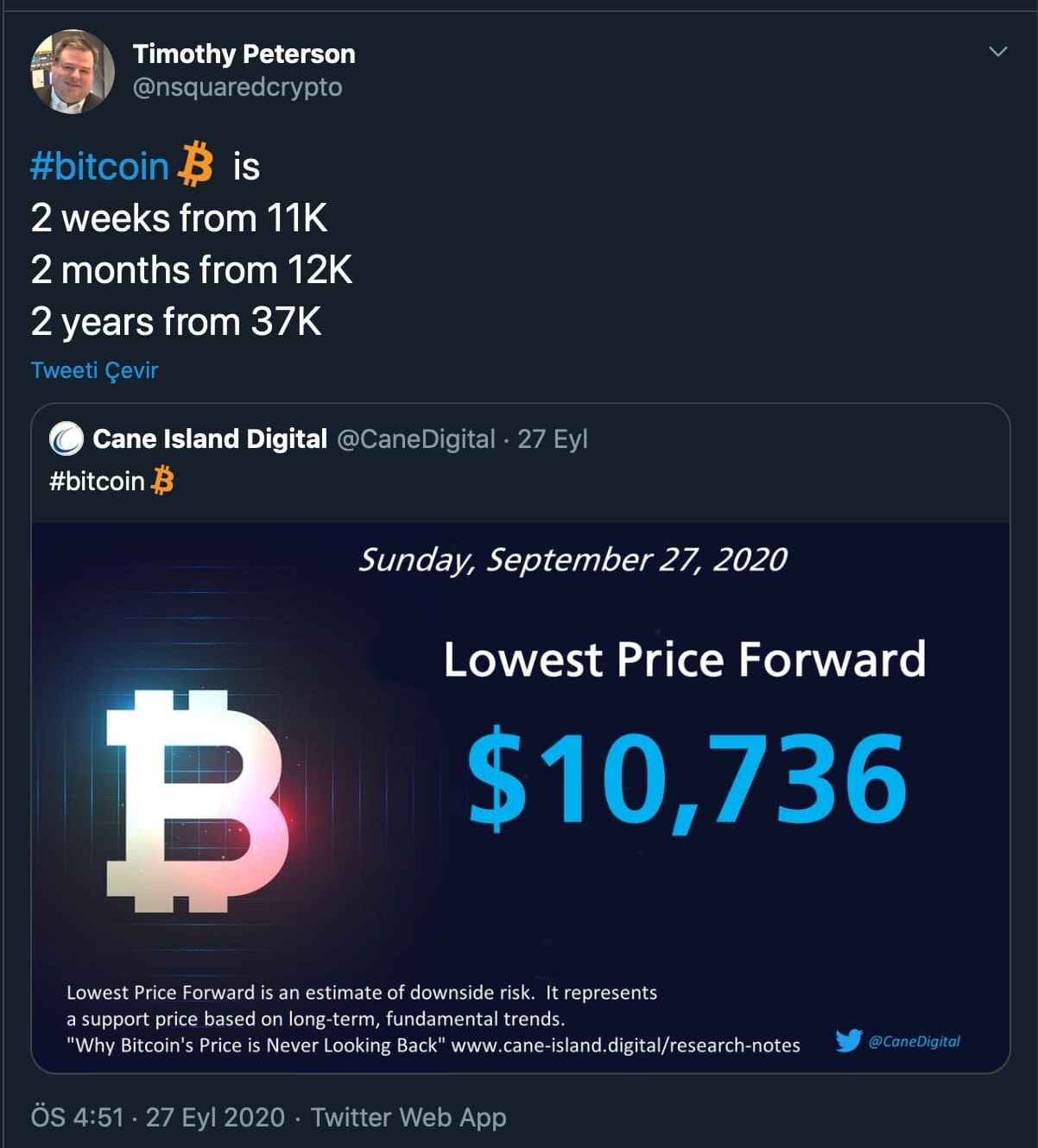 How to get Amazon Audible 3 months free

Trump caught in coronavirus will be taken to hospital