Home Entertainment Peter Weber and Kelly Flanagan were spotted together in Chicago more than... 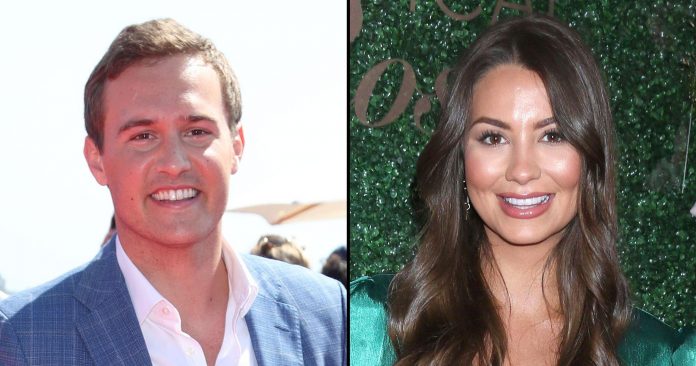 It’s safe to say that Bachelor Nation didn’t expect this! More than a year after their unpleasant breakup, Peter Weber and Kelly Flanagan spent some time together in Chicago.

Peter Weber vs Kelly Flanagan: Everything they said about their breakup

Us Weekly can confirm that the 31-year-old former bachelor and 30-year-old lawyer attended the Chicago Cubs game together on Wednesday, August 10, watching the home team beat the Washington Nationals.

Weber and Flanagan dated for almost a year after his season of “The Bachelor” ended airing in March 2020. While the pilot sent Flanagan home before dates in his hometown, proposing to Hannah Ann Sluss and then ending the engagement because he still had feelings for Madison Prevett. they reunited after the show.

After several months of living together, Weber and Flanagan announced their breakup on New Year’s Eve in December 2020, and then resumed their relationship in early 2021. In February, they broke up again.

“We had a great Valentine’s Day together. And then, again, there were the same little things. …It ended very badly,” Flanagan said on the “Chicks in the Office” podcast in May 2021. “In fact, I went for it. In the end, I left New York and went to the house of one of my girls to chat with her. He wrote to me, I didn’t reply, and then I found out the news that didn’t make me happy. We were still at each other’s Find My Friends. …I went and basically said, “Get the hell out of my life.” It ended very badly.”

The former Bachelor contestant hinted at “non-negotiable issues in the relationship” that led to their demise.

“You end [the show] and say, ‘Oh, some of your hobbies don’t match mine.’ It’s not bad, [but] he loves Pokemon cards, loves playing video games, and he loves to go out and have fun,” she added. “There was a time when I tried to convince myself that this is what I like, and I thought: “Okay, Kelly, let’s be honest with ourselves. Does it add up for you?”

Weber responded to Flanagan’s remarks on his own “Bachelors in Town” podcast: “We were different in many ways. I will never apologize for liking Pokemon cards. …Maybe she was just playing along to make me happy.”

More recently, Flanagan hinted that Weber is not suitable for marriage.

“Peter and I had a lot of fun, but I don’t know if I respected him the way I wanted to respect my spouse,” she said on the “Talking It Out” podcast in May. “It happens to me with my brothers and father when I need good advice and I’m looking for someone to turn to for making important decisions, but with Peter it was just fun and a game. I could have had fun with him, but I wanted more of a man I looked up to. I just didn’t look at Peter the way I always hoped I would look up to my husband.”

How Pokémon Scarlet and Violet Can Learn from Gen 5’s Biggest...