Home Entertainment Peter Molyneux Reformulates His New Game, Legacy: It Will Be A Blockchain... 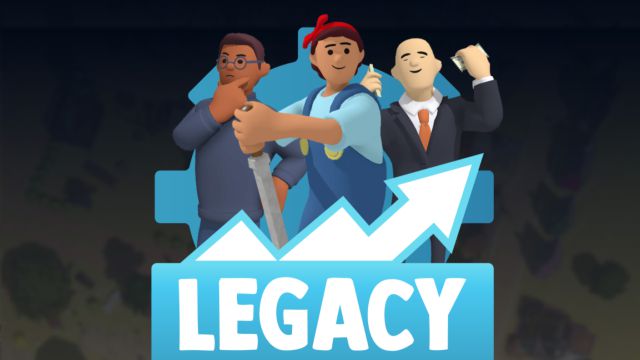 Legacy: Originated as a management video game in 2019, the 22cans title joins Gala Games to incorporate its own cryptocurrency, LegacyCoin. Gala Games, a video game company specialized in the cryptocurrency sector, has announced an alliance with Peter Molyneux’s independent studio, 22cans, to create a business simulation video game in which an original blockchain currency called LegacyCoin will intervene. The project, what we used to know as Legacy, is transformed to embrace this emerging and controversial business model that is gradually establishing itself in the video game sector; just like non-fungible tokens (NFTs).

Legacy was unveiled in 2019. The new video game from the author of Fable and Black & White independently was conceived as a title of materials management and craft creations; but its materialization was surrounded by obstacles and lack of concreteness. After two long years of silence, that title will finally be a video game focused on cryptocurrencies and NFTs.

The idea of ​​Gala Games is to create a simulation title in which to create our own business, place it in a territory bought with real money that we will transform into this cryptocurrency, LegacyCoin, an exclusive cryptocurrency of the title that may increase or lose value depending on different parameters.

Legacy will open in 2022; platforms to be confirmed

In the official Gala Games statement, Legacy is described as “a creative entrepreneur’s dream come true, an opportunity for players to build their own business, designing their own products from a huge range of possibilities while creating a business empire. as it has never been seen in the world ”, only in a kind of metaverse, since all these creations do not correspond to the real world, but to a virtual, fictitious one, in which the free market prevails when stipulating prices and carry out economic transactions without the intermediation of regulatory agents. “Owning a Land NFT allows you to start your own blockchain business association at Legacy,” they subscribe.

Legacy is scheduled to premiere sometime in 2022, but has no specific date; Nor are gaming platforms, although presumably it will be on PC, for lack of knowing if Epic Games and Steam accept its distribution. For example, the latter has positioned itself against video games with NFT.

Tom Brady believes that it would be “very hard” if his...

SF9 Presents a Poster With a Jacket of The SCENE Version